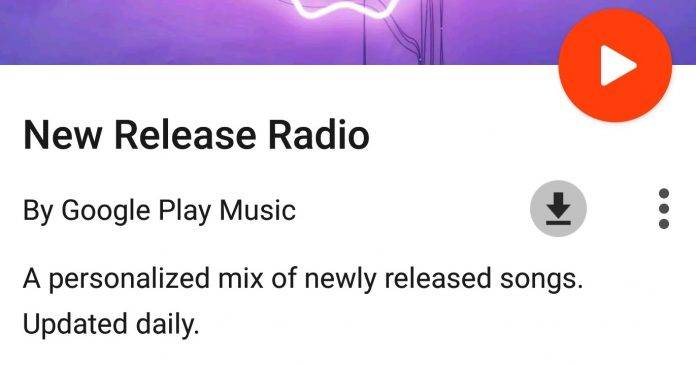 You may have forgotten about it but Google and Samsung have been working on a special project. No, there’s no new Samsung Galaxy nor a Samsung-branded Pixel but an exclusive feature on Google Play Music. Known as the New Release Radio, this feature can only be found on your Samsung phone with Play Music. And with the demise of Samsung Milk Music, Google Play Music now becomes the default music player on the newly released Galaxy S8 and S8+.

Those using the Galaxy S8 series, you can soon start uploading about 100,000 songs to your own locker on Google Play Music. You may not go over the limit but Google and Samsung even extended the limit from 50K. That is a lot of songs to save we’re not sure you will be able to use all the memory.

The New Release Radio hasn’t been formally announced yet but some Galaxy S8 and S8+ users have reported getting the special feature. A couple of screenshots tells us that this Samsung Exclusive will allow the users to “listen to brand new music, personalized to your tastes and listening history—with new recommendations every day”. The playlist seems to be updated daily for a more personalized mix of newly released songs.