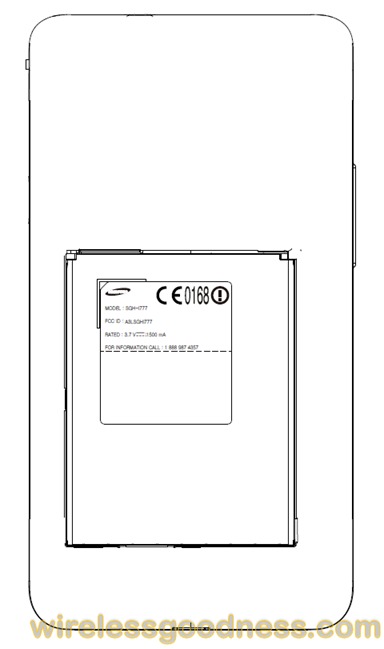 This weekend a new Samsung device, going by the code name SGH-I777 got FCC approval. The outline of the phone from the FCC filing bears a resemblance to a certain Galaxy S II we’re all waiting impatiently on, but the top of the device features a small button or switch which is clearly not present on the Galaxy S II. What could this mysterious button be? A camera button? A self-destruct switch? Or maybe a 3D toggle…

A Korean site claimed last week that a Samsung Galaxy 3D, featuring the same stereoscopic glasses-less 3D on the HTC EVO 3D and LG Optimus 3D. Wireless Goodness is now speculating that the recently FCC-approved Samsung SGH-i777 could be that very phone. Their logic is that the small protrusion visible in the FCC image above is a 3D toggle switch, like the one on the HTC EVO 3D as seen below. 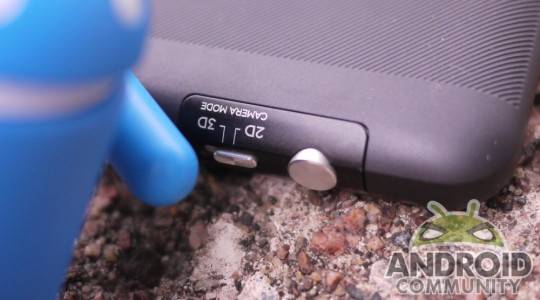 Let’s take a break from the speculation and review what little we know, thanks to the FCC filing. The phone will feature WiFi, Bluetooth, and an 8 MP camera. Its battery will be 1500 mAh, which as Wireless Goodness points out, is less than the 1650 mAh battery in the Galaxy S II. Given the fact that we’ll be seeing at least 3 different variants of the Galaxy S II, if not more, here in the U.S. the battery size may mean nothing, but there’s no denying that little button is new.

There isn’t a whole lot of wiggle room with what buttons and switches are included on android devices these days. This button appears to be too small, and too high on the edge of the device to be the power button. While its possible the switch is a noise switch, a la a certain fruitier smartphone, I for one would hope Samsung wouldn’t be so blatant to copy a feature like that given its current legal situation with Apple.

So will it be a 3D Galaxy S II? Only time will tell for sure. I just got a 3DS recently and while glassesless 3D is really cool, and fun for games I’m not sure I would want it on my smartphone. Let us know in the comments what you think, is 3D here to stay, or is it a bit gimmicky for your tastes?