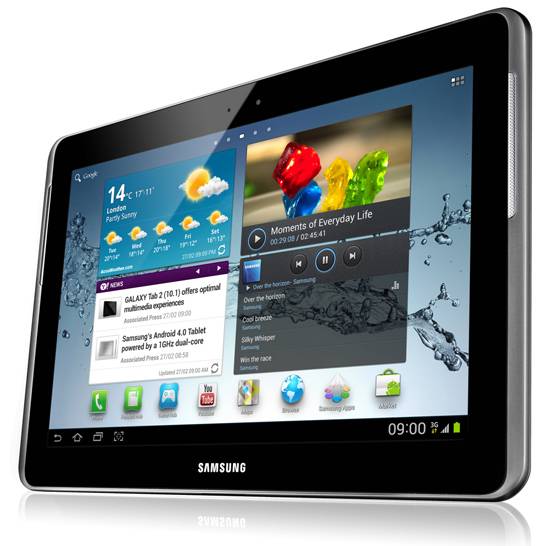 When Samsung showed off the Galaxy Tab 2 10.1 at Mobile World Congress, it was met with a resounding yawn. Aside from Ice Cream Sandwich, a MicroSD card slot and a slightly redesigned exterior, it was basically identical to the previous generation. But according to German site NetbookNews, the tablet has been delayed in order to get a more substantial upgrade: a quad-core Exynos processor. That would be a major win for anyone wanting some substantial performance gains over last year’s Galaxy Tab 10.1, and may be enough to warrant a second look from those dazzled by the Tegra and Snapdragon processors on other tablets.

The move mirrors the delay of the more well-received Galaxy Note 10.1, which was also upgraded to a quad-core Exynos chip. Both tablets were shown off at Mobile World Congress in a somewhat pre-production form, and rumor has it that the Galaxy Note 10.1 may be getting some more substantial revisions as well. Samsung is competing with price as well as features – the retail cost for the cheapest Galaxy Tab 2 10.1 is expected to be $399, a hundred dollars lower than the original, though you’re bumped down to 8GB of storage for the savings.

There’s no official word from Samsung on the change, though the source claims a tipster inside Samsung South Korea. This news comes after new Samsung tablets under an “Espresso” brand were revealed in a leaked document. Could the vanilla Tegra 2 Galaxy Tabs be re-branded, with the quad-core versions getting the an upgrade? What would this do to Samsung’s pricing scheme? At this point there isn’t enough information to draw serious conclusions, but more low-end options in addition to tablets for speed demons would definitely be to Samsung’s benefit. Also note the rumors of the Galaxy S III, which may also pack a quad-core Samsung processor.