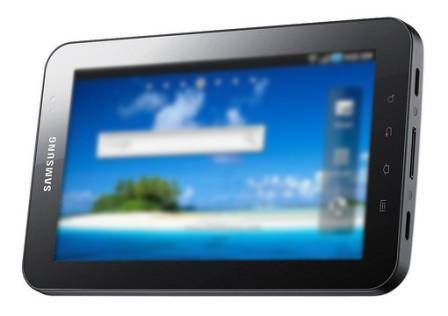 Samsung today has acknowledged that some Android apps on the upcoming Galaxy Tab will not display correctly due to running smaller than the 7-inch screen allows. The issue here would be with apps that are 800-by-400 in pixel resolution. This problem only applies to a few downloadable third party apps, Google’s entire suite of mobile apps such as the Market and maps are fully scaleable, as well as our own Android Community app.

We confirmed most apps to look just fine in our first hands-on video with the device back at it’s announcement last week. An exact number of apps that will not work has been commented on by a Google spokeswoman:

“It has not been exactly determined how many of the Android Market apps will be fully scalable/non-scalable,” the spokeswoman said. “What Samsung is focusing on is bringing all of its own proprietary services and apps such as Social Hub, calendar, e-mail, etc., as fully scalable, along with Google mobile services like Google Maps, Gmail, etc. What we do know now is that many of the Android Market apps will be scalable, but it is just too early to put an exact number of percentage.”

This is not specific to the Samsung Galaxy Tab. Any device with a larger than 4-5” screen will have problems. Even though they may not be as dramatic as they seem, Google still may pull market access and push tablet makers toward their upcoming Chrome OS.