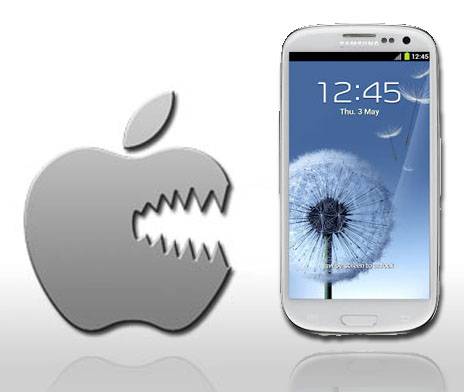 After the Galaxy S III launch at the beginning of this month, some of our fellow Android bloggers (whom I have nothing but respect for, by the way) put forth the idea that the flagship phone’s somewhat uninspiring design was created specifically to dissuade Apple’s legal bulldogs from attacking. While there have been some excellent points made to that effect, Samsung Vice President Chang Dong-hoon categorically denied them, stating that “our change in smartphone design is part of a five-year plan, not a sudden turn-around.”

The question was posed from a local news outlet, who apparently browses some of the same blogs we do. There’s certainly a compelling case to be made: the Galaxy S III does away with perpendicular sides, persistent corners and other functions of bi-lateral symmetry, all of which have been cited by Apple in its various patent and design complaints around the world. The new version of TouchWiz on the phone does away with some distinctly iPhone-like elements like a persistent homescreen dock.

Who’s telling the truth? I’d encourage you to be your own judge, but for my two cents’ worth, Samsung would be stupid not to consider Apple’s patent bullying in its new designs. If the Galaxy Tab 2 10.1, which is the spitting image of the Galaxy Tab 10.1N (designed to evade Apple’s patent-based ban in Germany) is any indication, they already have.