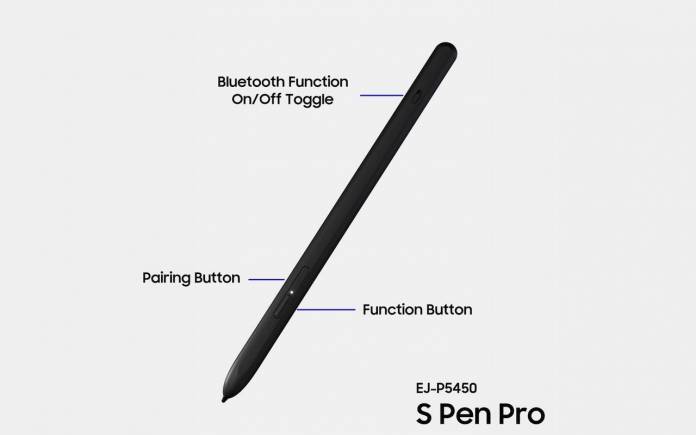 The world will get to see the new Galaxy Z Fold 3. It will arrive together with the Galaxy Z Flip 3, Galaxy Buds 2, and the Galaxy Watch 4 series. The Galaxy Z Fold 3 will be Samsung’s premium flagship offering for the second half of the year. It replaces the Galaxy Note 21 series which will no longer be released. We probably know everything there is to know about the Galaxy Z Fold 3 but we are expecting the foldable smartphone will feature an under panel camera, as well, as support for S Pen.

The Galaxy Z Fold 3 will be the first foldable phone to offer stylus support. Rumor has it the phone will work with an S Pen Pro whose specs have leaked last week.

Some information were also shared. The S Pen Pro is said to come with 4096 pressure points, a 0.7mm tip, and a USB-C port for charging. The S Pen may also come with a magnet so it can be attached to the phone with a case. Pricing of the S Pen Pro could be around £70.

A new source has shared each button of the S Pen Pro will come with a function. The flat button is for pairing while the toggle will be the on/off button for the Bluetooth. The other protruding button may be the function button.