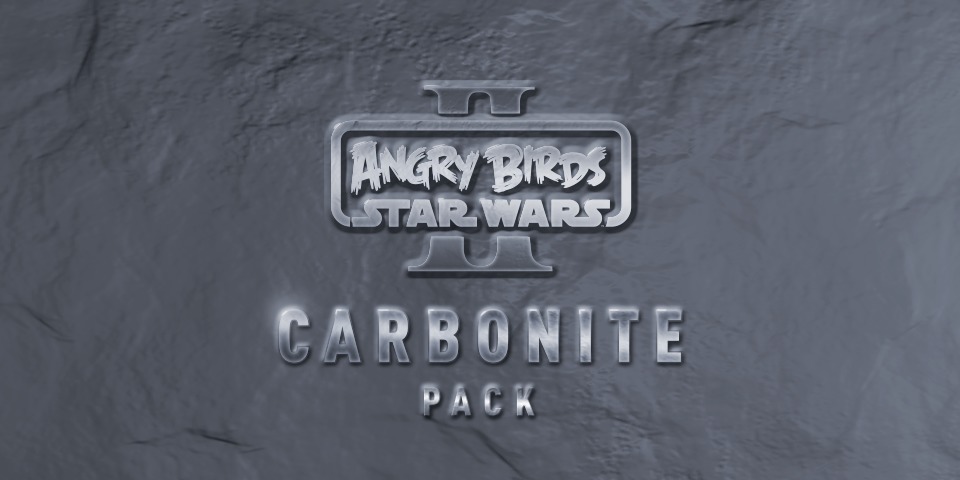 Angry Birds Star Wars II has another update coming soon. The update, which will be available in about a week, is dubbed the “Carbonite Pack” and Rovio has recently begun doing some teasing. There hasn’t been much in the way of specifics just yet, however there is a handy countdown timer letting everyone know how long the wait will be.

Coming by way of the official @AngryBirds Twitter account, Rovio has said the Angry Birds Star Wars page has been frozen in carbonite and they have “something special planned.” Rovio is also offering a bit of a sneak peak on that page, however you will need to do a bit of social sharing in order to get any sort of an early look.

Otherwise, while there is still a bit of waiting before Angry Birds Star Wars II players will get to see this Carbonite Pack update, this isn’t the only recent update rolled out by Rovio. There has been a fairly regular stream of updates, with the last having added 40 new levels of play. More specifically, the previous update added 20 new levels on the pork side and 20 on the bird side.

Aside from Angry Birds Star Wars II, we also saw Rovio announce the conclusion of the original Angry Birds Star Wars. That update was pushed back in mid-December and brought what was teased as being the “explosive conclusion.” That meant players were given 30 new levels with 15 being from the Imperial Star Destroyer and 15 being from the Death Star. And to serve as the bigger bit of that update, there was also a bit of teasing about being able to fight in the “biggest ever boss fight.”