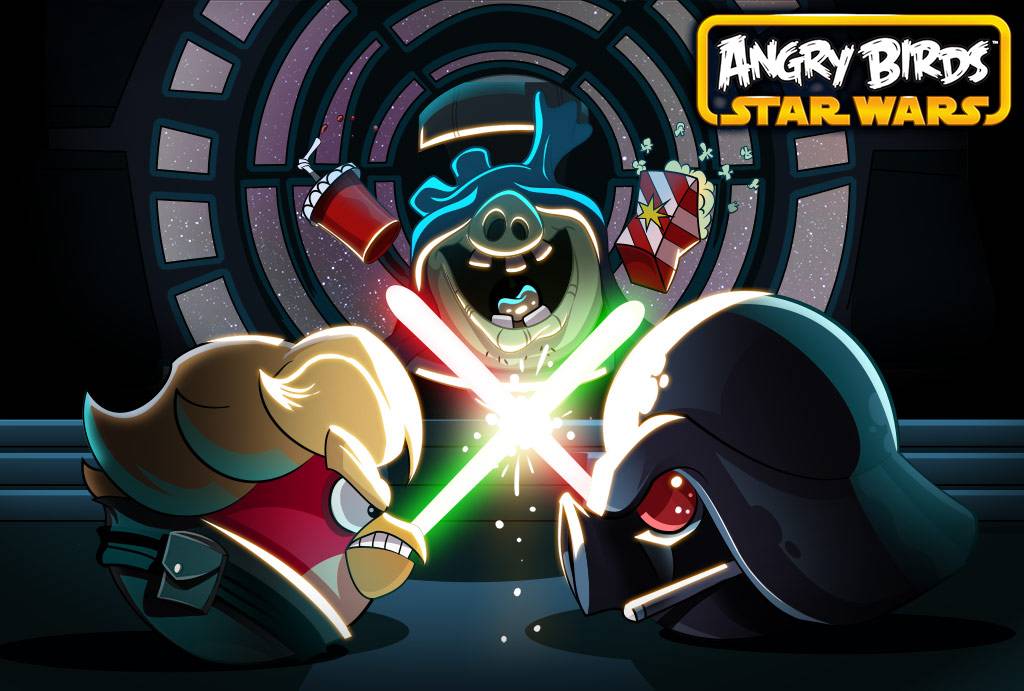 In total this update has added 30 new levels of gameplay. Those 30 are split with 15 featuring the Imperial Star Destroyer and the remaining 15 being Death Star levels. Otherwise, those playing the finale will be able to participate in the “biggest ever boss fight” where you will be using your Jedi skills to defeat Lard Vader and Emperor. And as the conclusion, Lard Vader will be unmasked.

Along with the conclusion of Angry Birds Star Wars for Android, Rovio will also be shuttering the Facebook version as well. Those playing on Facebook have a bit of time left to play. Rovio has said they will be closing the game on March 3, 2014 and as a suggestion, are telling users they should check out Angry Birds Friends. The Friends version is available for Facebook as well as Android.

Also, just to clarify here, while this is the final update for Angry Birds Star Wars, the game will remain available on your device.