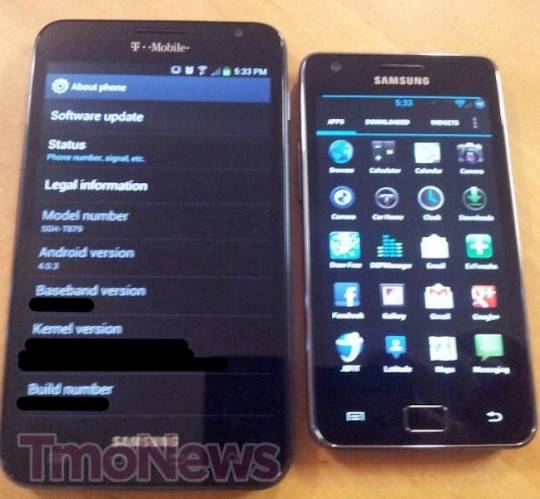 T-Mobile users looking for a new phone, today is a good day for your prospects. TmoNews (which tends to be pretty reliable in these matters) has just posted leaked dates for the Samsung Galaxy S III, Samsung Galaxy Note, and both the upcoming T-Mobile (Huawei) MyTouch phones. We’re certain that all of these phones are coming, and sooner rather than later, so it’s nice to get some validation even in rumor form.

The Galaxy S III is its “Metallic Blue” flavor will reportedly land on T-Mobile on June 20th, in both 16GB and 32GB varieties. Notably, this is the same date that’s been seen for the Canadian version on four different carriers. On July 11th the Ceramic White version of the Galaxy S III lands in 16GB (no 32GB version in sight) along with the Galaxy Note, which has only been seen in dark blue on T-Mobile. The MyTouch phones in both their slate and QWERTY versions will land on the same day.

There’s at least some reason to doubt the June 20th date for the Galaxy S III, if only because there will be some unfortunate shortages of the blue version when it begins selling internationally later this month. The information that TmoNews could be slightly out of date – the shortage was only confirmed this morning. In any case, we’re excited at the prospect, and eagerly await some more verifiable information… including prices.