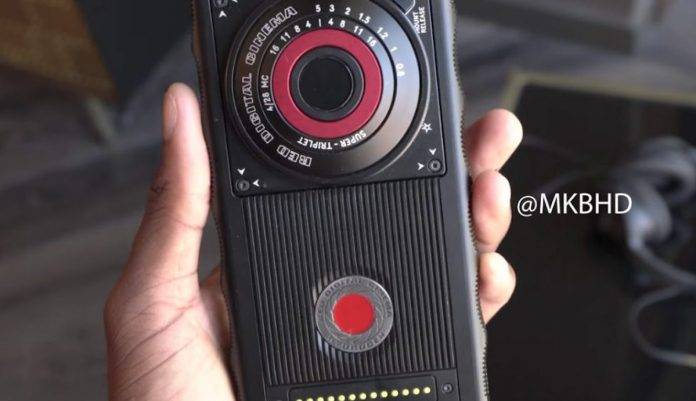 RED Hydrogen One is now one of the highly anticipated Android phones of today. We first heard about it earlier in July as the world’s first holographic media machine. RED, a known maker of high-end professional cameras, sent prototype units to YouTube superstar Marques Brownlee (MKBHD) for a quick hands-on review. We shared with you some imageS yesterday and we noted that the Red Hydrogen phone is real and it’s coming soon.

It’s too early to judge the smartphone because we haven’t seen the real thing. The prototype isn’t even fully working yet but we believe it will be ready in time. This particular phone has a special target that may be willing to shell out a lot of money. If you’re a professional video creator or vlogger, you may probably be considering the Hydrogen One already.

In case you’ve forgotten, this Hydrogen One will deliver holographic video contents. It’s not clear yet as to how RED will do it but the company has big plans for such technology. A holographic display sounds futuristic but RED is really working on it. Honestly, we can only think of Star Wars holograms right now which someday may allow us, earthlings, to call one another ala Princess Leia and R2-D2 or connect with those from other planets.

The concept seems ambitious but the guys at RED are confident they can capture and show holographic content from a smartphone. It is possible but it may take some time before the technology is perfected especially since we’re used to 2D, 3D, VR, and now AR. Combining those technologies will someday result in a more professional solution that even the simple consumers can take advantage of. Sooner than soon, we’ll get to enjoy 4-View holography.

This RED Hydrogen One phone is real. We’re expecting RED to deliver a new game-changer not only in the film industry with new cameras but also in the mobile industry.