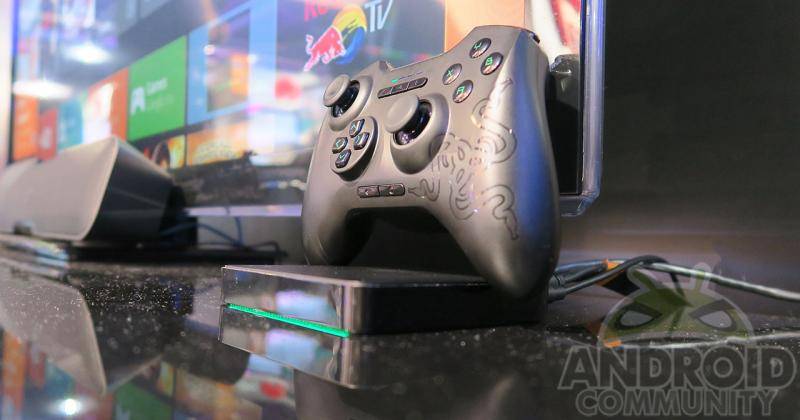 Razer revealed earlier at CES 2015 its own take as Android gaming in the living room with the Forge TV, but its take isn’t simply a box or controller that you hook up to a TV and press Play. Razer’s idea is more of a whole ecosystem that includes the Forge TV itself, a couple of surprisingly good controllers, and even the software that runs inside. We got to test all of these ourselves to see just how much promise this latest attempt really holds. 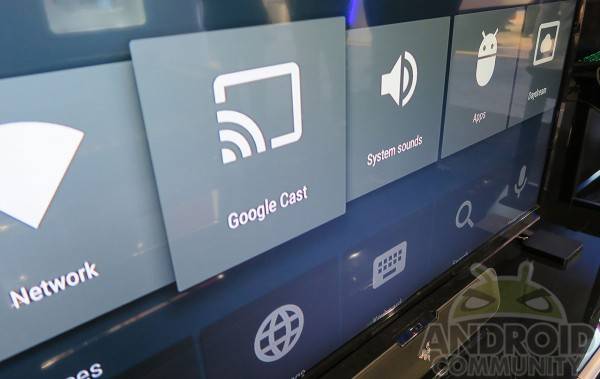 Of course at the heart of the whole system is Forge TV itself, the Android gaming microconsole that is as nondescript as its accessories are flamboyant. Inside you will see a 2.5 GHz quad-core Qualcomm Snapdragon 805, sadly not yet the 64-bit Snapdragon 810, 2 GB of RAM, 16 GB of memory, and a cornucopia of connectivity options. That includes, naturally, HDMI for TV output, WiFi for networking, a lone USB 3.0 port for added storage, and a Gigabit Ethernet port for wired networks. The box itself is so unassuming that it almost feels like Razer wants you to just plug it in and forget about it, leaving the other parts to take center stage.

Android TV is, of course, what runs the whole show, making the Forge TV the second commercial box to offer it, next to the Nexus Player. But while Android TV on the Forge TV was a smooth experience itself, Razer has more to offer with its own software stack. In particular, Cortex: Stream, which will run on a Windows PC, promises the ability to stream almost any game from PC to Forge TV, no matter where your PC is hidden. That said, we will reserve our judgment once the feature actually rolls out the door. The Android TV functionality can be controlled via a smartphone or tablet app, complete with Voice Search. though it’s uncertain if you can use those same devices as game controllers. For that, Razer offers its own. 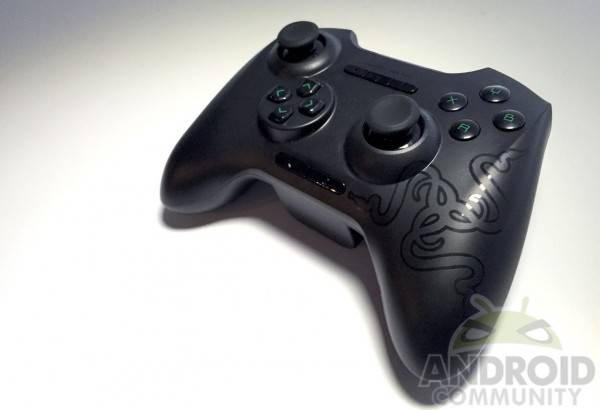 The Razer Serval is your tried and true Bluetooth game controller, though it also offers options for wired connections. The layout out of the buttons and joysticks should be familiar to gamers from other consoles, particularly the Xbox ones. In fact, you might say that the amount of buttons on the gamepad might be superfluous for most Android games, with shoulder buttons and triggers and all. But that’s because Razer also intends the Serval to be usable even for PCs, making it a multi-functional game controller. That said, it does have dedicated buttons for Android functionality, so there is no room for ambiguity.

The Serval, however, doesn’t serve the Forge TV only. It can also function as an independent Bluetooth controller for your smartphone. In fact, it comes with an adjustable clip that can hold your smartphone, not tablet, in place while you mash those buttons. The clip holds your smartphone securely with spring-loaded clamps but also holds on to it carefully with rubber padded edges. 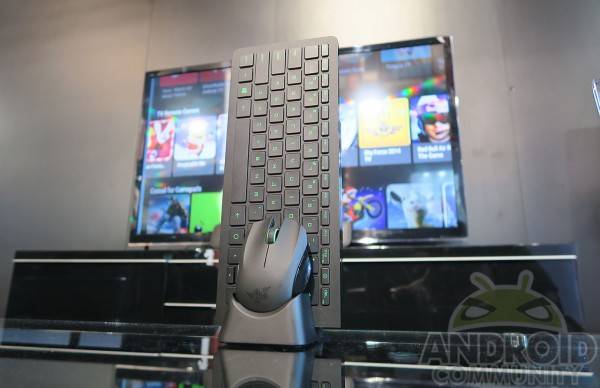 This wireless keyboard and mouse combo comes somewhat as a surprise. When you think of living room gaming, you mostly think about controllers. But the Forge TV seems to be quite designed to accommodate all types of use cases, both gaming and productivity, and so the Turret makes sense. But make no mistake, this keyboard is designed to really be used on your lap while you sit comfortably on the couch.

They keyboard itself feels solid, heavy, and robust, which makes it suitable for the wear and tear of a living room warzone. The chiclet-type keys ala Macbook deliver a comfortable typing experience and the green backlight gives sufficient illumination for even the darkest of living rooms. The mouse is similarly illuminated with Razer’s iconic green color scheme. That mouse is strangely ambidextrous in shape, but the keyboard which it is used on seems to be designed for right-handed users because the “mousepad” flap only folds on the right.

That flap is magic. Sort of. The mouse itself has magnetic bits that cling to the mousepad just a bit. It’s not too strong to hamper smooth gaming, but it’s strong enough to keep the mouse from sliding off. This is, beyond a doubt, designed with the unsteady couch in mind.

On paper, Razer has a winner here when it comes to Android gaming, and our first brush with it definitely shows some promise, but there are still a lot of variables that can make or break this contender. Final build quality will definitely set it apart from others, particularly Kickstarter-backed products, who have attempted the same. Game selection, both from Android TV as well as exclusive ones Razer might have, will also be a dealbreaker. And time to market will also determine how warm or cool the public’s reception of the Forge TV et al will be.

One thing that isn’t unknown, at least for now, is the price. The Forget TV alone costs $99.99 but one can get it bundled with the Serval Controller for $149.99. The Serval can also be purchased independently for $80 while the Turret keyboard and mouse pair will cost you $130.