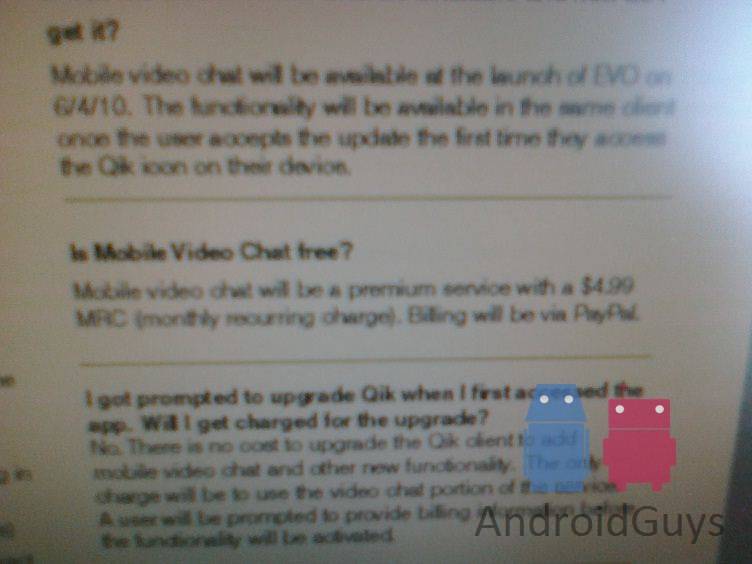 One of the things Sprint didn’t have ready in time for our HTC EVO 4G review was Qik video chat functionality, the ability to make video calls to other Qik users via the smartphone’s front-facing camera.  Now, according to a leak to AndroidGuys, it turns out the functionality may add even more on top of the EVO 4G’s basic monthly costs.

They’ve received a leaked screenshot purportedly from inside Sprint, which tips a $4.99 monthly service charge for the Qik video call system.  That would be paid via Paypal rather than included in your monthly Sprint bill.

With Skype video calling for Android expected later on in the year, we’re reluctant to start paying Sprint (or Qik) $5 a month for the same service.