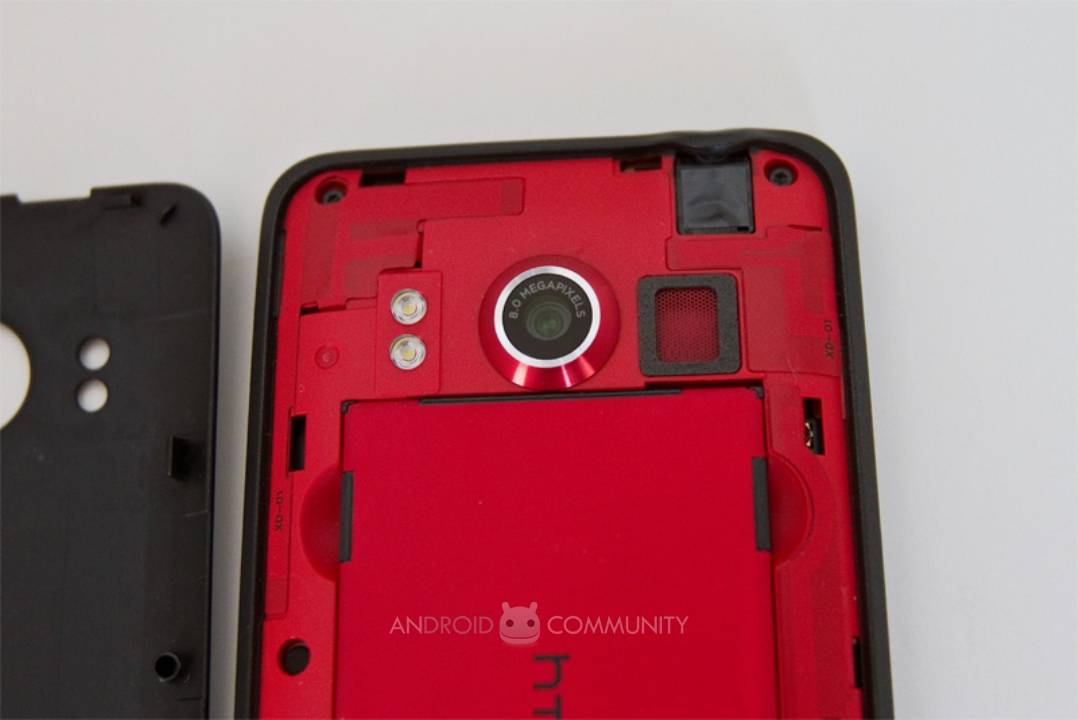 Talk about hotly anticipated. Even before the HTC EVO 4G was officially announced, talk of a WiMAX Android smartphone had been driving speed freaks wild with the promise of 4G connectivity and the flexibility of an open-source OS. The handset even managed to oust attention from the Nexus One at Google IO last week, when the search giant handed out hundreds of EVO 4G handsets to attending developers. The promise is straightforward: big screen, big camera and a big pipe; does the EVO 4G live up to its spec sheet?

There’s certainly no missing the hardware. As blunt-faced as the HTC HD2 with which is shares the same 4.3-inch WVGA screen size, only a few millimetres thicker to fit in the extra connectivity and megapixels, the EVO 4G teeters on the dividing line between smartphone and MID.

Despite its presence during the Android keynote last week, it’s worth mentioning that the EVO 4G runs not the new OS 2.2 Froyo but the previous generation OS 2.1. That’s a limitation of HTC’s Sense interface; the company says they’re working on an update for the newest OS build, but it’s not going to be ready until the second half of 2010. You miss out, therefore, on Froyo’s extra turn of speed and Flash 10.1 support, but thanks to Sense (and some of Sprint’s own apps) you do get the full Exchange support missing on regular 2.1 devices, mobile hotspot functionality to share the 3G/4G connectivity and Flash Lite support, all wrapped up in a slick, easy to use UI. 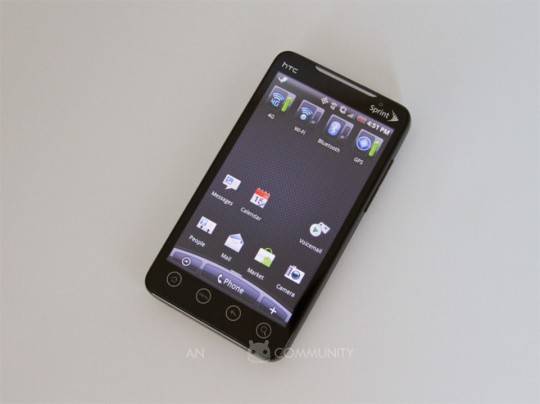 That UI really benefits from having 4.3-inches to play with, and the screen on the EVO 4G is a real joy. Bright, crisp and responsive to touch, it obviously supports multitouch and, while the resolution may be no greater than what you’d get on a Desire or Nexus One (each with 3.7-inch panels), it’s still an altogether more immersive experience. Physical controls are limited to volume and power/lock keys on the side and top, respectively, while there are the usual Android controls running along the bottom of the display in the shape of touch-sensitive buttons. These are happily far more finger-friendly than the Nexus One’s sometimes-stubborn buttons.

Despite there being no shortage of headline features, the WiMAX connectivity of the EVO 4G still stands out from the rest. It’s the first smartphone to ship with WiMAX support – we’ve seen MIDs with WiMAX data connections, but not full voice support – and, when you’re in an area with 4G network coverage, it makes a big difference. We saw 4Mbps downlink and 1Mbps uplink rates, which put the EVO 4G more in line with what you’d expect from a domestic broadband connection rather than EVDO Rev.A performance. You can selectively toggle the WiMAX radio on and off when you’re not in coverage so as to save battery life.

Unfortunately it’s likely to spend more time shut off than it is turned on, since Sprint’s WiMAX network is still relatively sparse. The carrier has ambitious roll-out schedules, certainly, and if you’re within coverage already then the speeds are impressive, but most of the US is still going to be stuck with EVDO Rev.A at most. Early adopters are used to limitations – that’s one of the costs of being at the bleeding edge – but we’re more than a little disappointed by Sprint’s mandatory $10 WiMAX surcharge (on top of the required data package) even if you never step foot into a 4G area.

Assuming you do get a whiff of WiMAX, however, the EVO 4G’s mobile hotspot app really comes into its own. Like a standalone MiFi, the EVO 4G shares out its cellular connection to numerous WiFi clients – in this case up to eight – with support for WPA2 encryption. Obviously it works both with 3G and 4G, and if you’ve a WiFi-only tablet or netbook it’s incredibly easy to get it online through the EVO 4G. Better still, thanks to the handset’s ability to simultaneously have a 4G data connection and 3G voice connection active, you can still receive calls.

Voice performance with the EVO 4G has been mixed, falling short of what we’re used to with the Nexus One, for instance. There’s a loud speakerphone, though lacking in some clarity, and the handy pop-out kickstand on the back makes it easier to not only hear callers but to comfortably view multimedia playback. Battery life is the obvious victim to all this connectivity, and while it’s usual to have to recharge a modern smartphone daily, using the EVO 4G’s WiMAX will see you whip through a full charge in a matter of hours. We managed around 5 hours 20 minutes talktime with 4G turned on; expect that to drop by 2 hours or so if you’re using mobile hotspot. 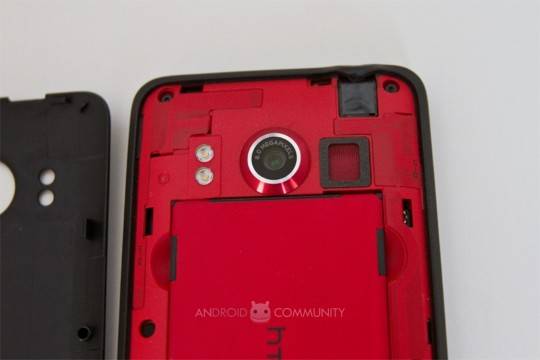 Multimedia capabilities certainly look good on paper, with an 8-megapixel camera and a front-facing webcam for video calls. The latter relies on Qik, which is preloaded (and also lets you stream live video to the web) but unfortunately the service isn’t ready for use yet and as such we couldn’t test it. Thanks to Verizon’s exclusivity deal there’s no Skype app, either. Performance from the main camera, meanwhile, was good but not outstanding; proof once again that there’s more to decent mobile shots than blunt megapixels. Outdoor shots are reasonable, but in lower lighting conditions the autofocus has a tendency to hunt around before a lock and – even with the flash – pictures can be murky. 720p HD video recording, meanwhile, is glitchy and pales in comparison to a point-and-shoot camcorder. Notching down the quality to VGA paid dividends for smoothness, though to be fair with WiMAX both resolutions are quick and simple to upload to YouTube via the regular Android “Share” functionality.

Alternatively, there’s the mini HDMI port on the bottom of the EVO 4G (next to the regular microUSB) with which you can hook up an HDTV or monitor. The phone has Android’s basic media playback support, which means video codecs in particular are lacking. It’s a shame, as the EVO 4G’s display is perfect for mobile video consumption. Sprint’s penny-pinching also rears its head here – there’s a microUSB cable in the box, but no mini HDMI to HDMI cable – and so you’ll have to add that to your shopping list unless you already have one. Considering we’re already smarting from Sprint’s overall fees for the EVO 4G, it compounds a bad impression. Once you factor in $199.99 for the handset itself, a 24-month agreement of $79.99 per month (for Simply Everything), $10 per month WiMAX surcharge and then $30 per month for the privilege of using the mobile hotspot functionality, you’re looking at around $110 every month and $2,840 over the course of the agreement.

Our lasting concerns about the HTC EVO 4G are the WiMAX coverage and the ability of HTC to push out updates to the smartphone’s firmware. 4G is undoubtedly spreading, but if you’re not in one of Sprint’s target areas – which admittedly the carrier has been upfront about listing publicly – then you could be waiting some time to use the EVO 4G’s headline connectivity. On shakier ground, perhaps, is HTC Sense and the impact it has on Android updates. If HTC have demonstrated anything over the past twelve months, it’s that updating a custom UI when Google change the underlying OS takes more effort than they first expected; just ask HTC Hero owners for evidence of that. The company has said they plan to push out Android 2.2 with Sense sometime in the second half of this year, but it wouldn’t be the first time they’ve missed an announced deadline.

Is that enough to dissuade us from the HTC EVO 4G’s indubitable charms? Definitely not; the combination of a huge, media-loving display, brilliantly fast WiMAX and Android’s abilities – even in 2.1 form – add up to one of the stand-out handsets of 2010 so far, and it’ll take quite the device to eclipse the EVO 4G’s appeal. Those considerably outside of WiMAX range should perhaps think twice, since we wouldn’t be surprised if other large-screen Android devices follow on from this particular model, but if you’re in Sprint’s coverage – either now or in the near future – the EVO 4G is fast, capable and very, very tempting.