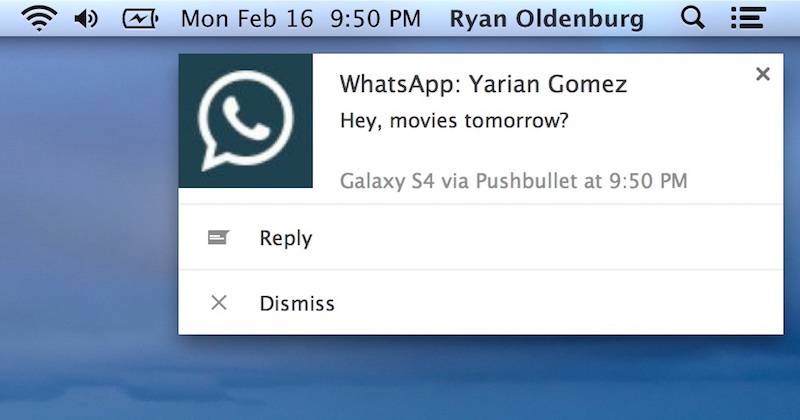 It’s a new month which means there’s a new update for the Pushbullet. Actually, it’s only an observation that the development team is pushing some changes as we’ve noticed the past few months. Just last January, the Pushbullet app became available for Mac, iOS, and Safari. This was after sending SMS was made easier. Some Quick-Action support have been added, as well as, universal copy and paste, Material Design, improved nagivation, subscribing to Channels, and the Play Store beta program.

The app has just been updated to allow reply to WhatsApp, Hangouts, and more from a computer with Pushbullet for Android. This makes it more convenient for any Pushbullet user to connect with family, friends, and colleagues via these instant messaging apps easily and quickly. No need to pick up the smartphone or tablet because you can read the notifications and messages right on your computer screen.

New instant messaging apps supported include WhatsApp, Hangouts, Facebook Messenger, Line, and Telegram. Replying to these apps are finally possible using Pushbullet. The developer is still working on other similar apps but they should be ready very soon.

At least KitKat 4.4 is required for this update to work on Android. It’s easy to reply to the apps as you can choose  ‘reply’ to send a message. However for Hangouts, the app requires an Android Wear app installed on the mobile device. No need for a real smartwatch for this to work  though–just install the app.