In technology, an idea is only as good as the execution – and in Project Ara’s case, we were ready to accept Google’s idea that “electropermanent magnets” will hold the modules of the concept modular phone together. Today, it seems that the execution part for these clever magnets have failed the dreaded drop test, and Google is looking for another way to keep its modular phone together – in literal and metaphorical senses too.

It was quite a while when we heard nothing but good progress news out of Google ATAP’s offices about Project Ara – which if you don’t remember is the quest to have a modular smartphone where the elements are swappable. These days, the project just can’t seem to catch a good break, as we’re hearing all sorts of challenges that face the project, this time with its magnets. 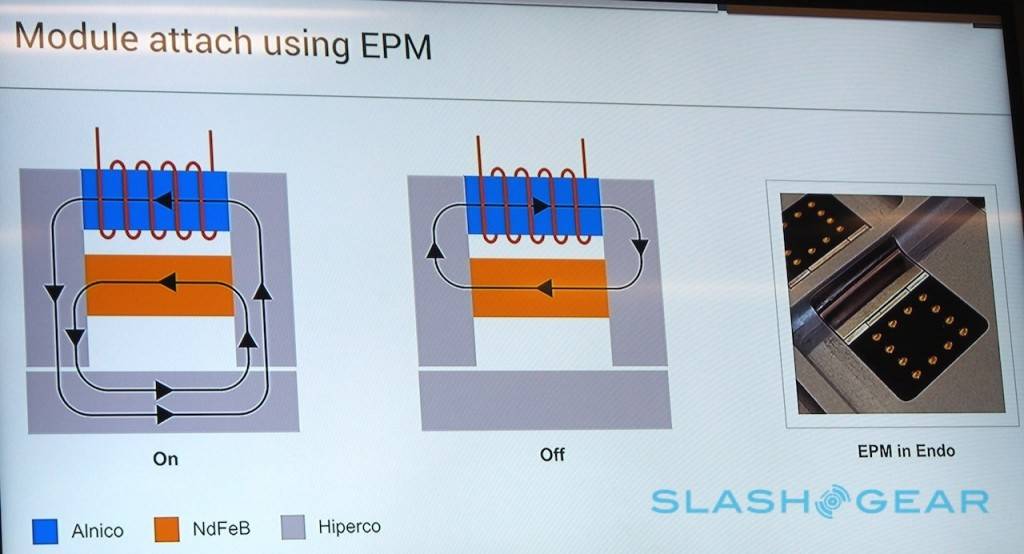 Google has explained the “electropermanent magnet” idea – that in theory, this will allow the modules to be easily removable, and yet stay in place when the phone was in a pocket or bag. The secret was a short pulse of power to switch between permanent – keeping the module in place – and electromagnet states, which you can turn off so you can slide the module out easily. In theory, all good. In execution, not so good. Project Ara has announced that they’re doing away with this solution.

The electropermanent bonds failed the drop test – we suppose the bonds were not strong enough to keep the modules together when a user accidentally drops the phone, which happens often enough. The Project Ara team has since announced that it is looking at a new undisclosed “signature” solution for keeping the modules in place.

Remember that the team has to balance between a strong bond to keep the module in place while in use or in a drop test, but also make the modules easy enough to swap out. In a recent hands on, modules were kept together via a permanent magnet, and it took two hands and some force to swap modules out. Hopefully they find a good balanced solution soon.