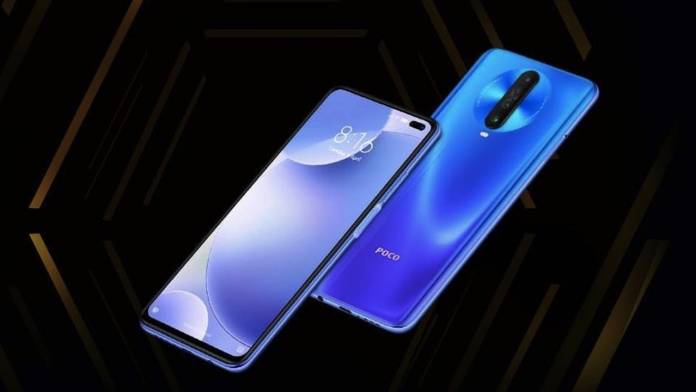 The secret has been out for some time. POCO is now independent of Xiaomi. It was something expected since we already heard before Xiaomi would putting an ending to the Pocophone line. Poco’s going on its own is good for both companies because they both will have more time to focus on other endeavors. As for Poco, it can concentrate now on its own business plan and marketing strategy. Being independent of Xiaomi makes the POCO brand ready for the next chapter.

Several details have been shared already including the 64MP primary camera and the 120Hz screen but we’re expecting more will be revealed in the coming days. Blurry images also appeared on Twitter before the official launch. This time, we have the Poco X2 in a much clearer image.

The POCO X2 will launch in India first on February 4. It will surely come with a 64MP camera. The 6.67-inch screen will be a ‘RealityFlow Display’ with a 120Hz refresh rate. When it comes to imaging, expect a rear quad camera setup headlined by the 64MP shooter in a vertical orientation. The phone will also come with a 64GB onboard storage and 6GB of RAM. The starting price may be Rs 18,999 which is about $266 in the US.

The phone will be out in Blue but we’re guessing other basic color variants will also be available. In front, we see a dual punch-hole camera system and a circular patch. We still notice a 3.5mm headphone jack, speaker grille, and USB Type-C on the bottom edge of the device. Essentially, it looks a lot like the Redmi K30 so this could just be a rebranded version. The specs may be the same but we won’t be surprised if not.