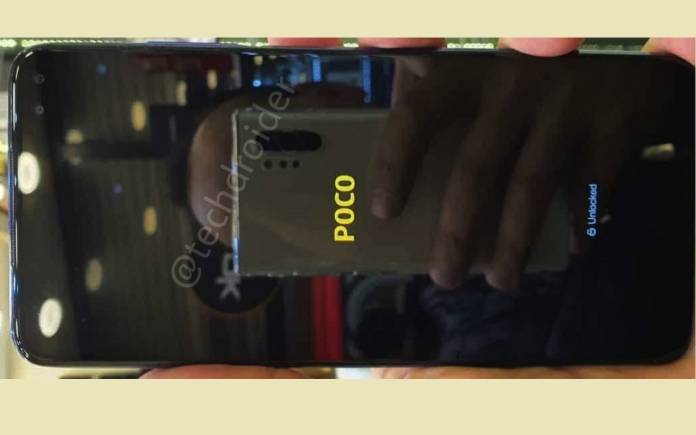 When the news of the POCO brand being independent of Xiaomi broke, we knew a new and exciting Pocophone will be released. Xiaomi has finally put an end to the Pocophone line but in a good way–it’s now a separate brand. This means the Poco group will stand on its own and implement its own marketing strategy. The POCO brand is ready for the next chapter and is expected to launch the POCO X2 phone with a 120Hz screen and a 64MP primary camera.

Instead of a Pocofone F2 (Poco F2), the company is teasing a Poco X2. When checking out the website, a large X2 will greet you. The official launch will be held on February 4, Tuesday, 12 PM in India.

Some images of the Poco X2 surfaced on Twitter. One image shows a screen with the ‘Poco X2’ listed with MIUI Global 11.0.2. Another photo shows the front screen that is almost bezel-less.

There is no notch but we can see there are two circles on the upper right part of the screen. It could be the under-screen camera plus an LED flash or a sensor. The next image where the screen is bright then shows a pill-shaped camera setup.

According to POCO, the smartphone will deliver an “extreme refresh rate” and “extreme gaming”. So far, we know the POCO X2 will be powered by a Qualcomm Snapdragon chipset. A special cooling system can be expected as well. Other specs of the POCO X2 could be a 64MP camera with a Sony IMX686 sensor, 120Hz display refresh rate, and liquid cooling.