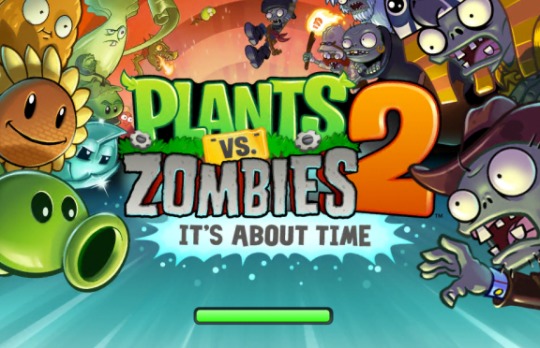 Without the help of Android, the number one mobile OS in the world with millions of devices activated daily, the extremely popular Plants vs Zombies 2 is still doing great. While we all know these numbers would be substantially higher with a simultaneous release, the developers from PopCap games are already celebrating nearly 25 million downloads.

Android isn’t the only one getting left out, there’s still no PC version of the game. Although the original from 2010 eventually arrived for multiple different platforms. However, we won’t focus on the negative, and instead talk about some pretty impressive numbers (and potential) for the new casual game.

Launched back on August 15th it took only a half a month for PvZ 2 to reach the 25 million download milestone. Which is pretty impressive when you really think about it. To clarify, that’s more downloads than the original received total, ever. Which is basically their way of saying the game is a huge hit. Even if it has tons of those in-app purchases no one likes. 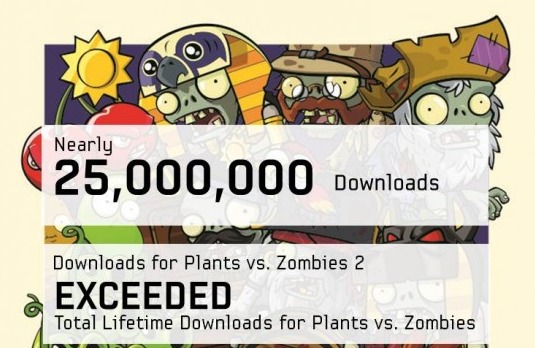 PopCap Games goes on to mention nearly 5.4 billion waves of zombies have been fought off already, and there’s so many other massive numbers on their infographic you’ll jut need to hit the source link below. Once again, reaching 25 million downloads in a half a month is impressive, considering this is iOS only. Now if they’d only release the game for Android that number would jump to 75 million real quick.

The latest word is Plants vs Zombies 2 is an iOS exclusive, for now, and there’s a possibility it could arrive for Android at a later date. Nothing is certain though, so keep your fingers crossed.