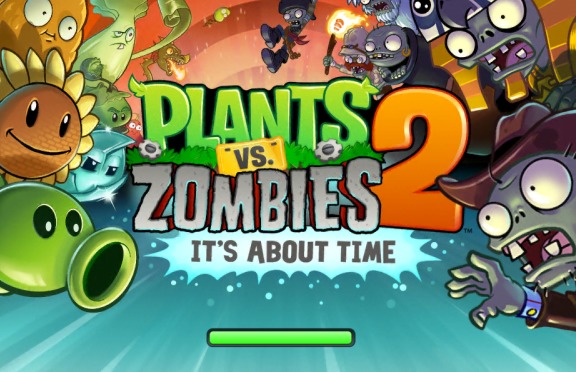 The hit game Plants vs Zombies is quite popular, and last year around this same time we learned that a sequel was in the works. Then back in March we learned it would arrive on mobile come this summer, only to later find out it would launch as an iOS exclusive. So this isn’t really news, but by now we were hoping for at least some details regarding an Android release.

After a few delays and the launch date pushed back to “late summer” we can happily confirm that this afternoon the hit game Plants vs Zombies 2 has arrived for iOS on the App Store. Yup, Google Play is sitting here with the old version, and there’s no sequel in sight.

We’ve been following the game due to it being wildly fun and successful, but sadly there doesn’t appear to be an Android version coming anytime soon so we have nothing good to report. Recently over on Twitter PopCapGames PlantsvsZombies Twitter account confirmed they have no news regarding other platforms, and that it’s an iOS exclusive for now.

This is nothing new, and even Madden’s NFL Pro 2013 with over a million downloads is now an iOS exclusive for NFL Pro 2014, so the trend isn’t going away quite yet. With millions and millions of Android devices running the world’s most popular mobile OS, you’d think things would no longer happen this way, but they still do.

At least their tweets makes it sound like it will initially be on iOS, and other platforms are coming, but we have zero details on when or even a hint for a release date. It could be next year for all we know. Sorry for the bad news folks!