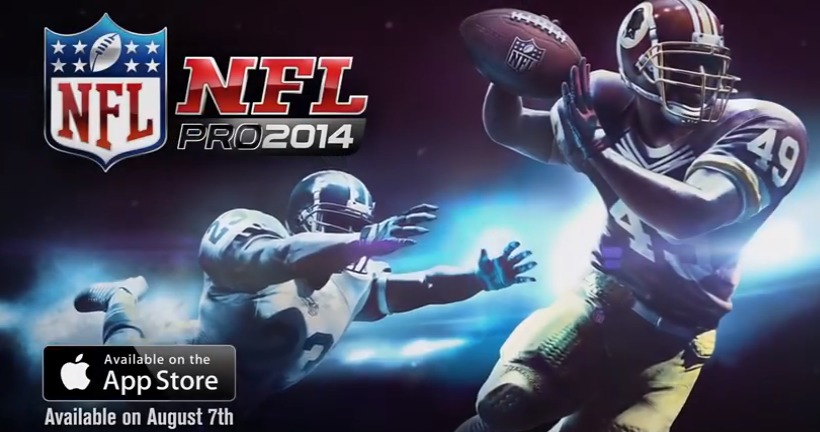 Yesterday the folks from Gameloft releases a large update to their popular and free official NFL simulation game for mobile devices. NFL Pro 2013 was one of my favorite NFL games for Android. A quick look on the Play Store shows I’m not alone, with over 1 million downloads on Android. However, the update yesterday announcing the all new NFL Pro 2014 only arrived for iOS.

A quick search in the Play Store shows many users have been searching for NFL Pro 2014, since Google’s Play Store suggests popular searches, but sadly the game isn’t there. We’re stuck with NFL Pro 2013 from last year and it doesn’t sound like we’ll ever get the new game.

Gameloft updated the game and added 2014 to the name. This adds brand new improved graphics, over 200 different customizable plays, and all the latest changes and player moves. Sadly there’s no new rookies in the game, but everything else has been updated for the new season this year. The game is as realistic as it gets, has awesome gameplay and decent graphics, and no you can’t have it if you’re on Android.

For whatever reason Gameloft has completely shunned Android here. With over 1 million downloads you’d think they’d also release it for Android, but after reaching out to a PR rep we can confirm this is only for iOS. At least for now. Gameloft has “no plans” to update or release NFL Pro 2014 for Android. Sigh!

We just can’t win. Gameloft last year promised simultaneous releases on both major platforms, and have slowly been getting better on that front. Many of their recent games like Iron Man 3 and more are available on both iOS and Android, but this isn’t one of them. For whatever reason (they couldn’t give one) Android has been put in the corner, and the million+ players from last year won’t get to enjoy the latest game.

I’m trying to be nice here, Gameloft, but this is getting really old. Add this to the fact that Asphalt 8 was supposed to arrive today, and was delayed, gamers aren’t too happy right about now. We absolutely love your games, but what gives?