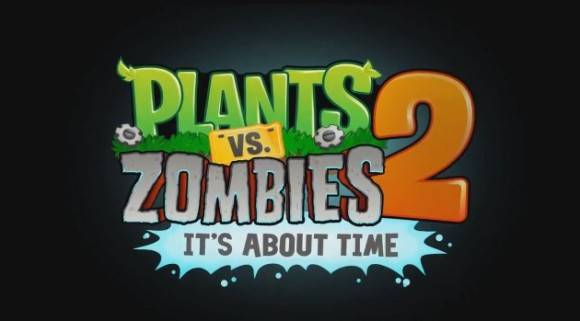 PopCap Games has returned with additional Plants vs. Zombies 2 release details. The game will be launching on July 18th and while that would normally sound like good news, Android users that have been waiting will likely be a bit disappointed. You see, in addition to the release date, PopCap Games has mentioned that being “exclusively for iPhone, iPad and iPod touch.”

With that in mind, we don’t expect the iOS exclusivity to last forever but at this time PopCap Games has yet to say when the game will be arriving in the Google Play Store. Looking back and we remember the original Plants Vs. Zombies game also arrived first for iOS users. Our take on that, the iOS exclusivity may have made sense a few years back but with the present breakdown of Android and iOS that doesn’t seem quite as acceptable these days.

Without diving into a full rant, how about we shift to the features of the game and look forward to the time when Android users will be able to join in on the fun. Plants vs. Zombies 2 details coming from this announcement include how the “vast majority of the game will be entirely free to play.” There wasn’t much in terms of the “vast majority” comment, however PopCap has also that “players can face every zombie and access every level in every world at no cost.” On the flip side, there will be upgrades and other in-game items available for purchase.

Plants vs. Zombies 2 will bring a return of the classic gameplay from the original and also bring dozens of new levels as well as new power-ups, plant food that can supercharge plants and new game mechanics that are said to both “help and hinder players’ efforts to thwart the zombie hordes will enthrall existing fans and new players alike.”

Of course, Crazy Dave the neighbor will also be making a return. Crazy Dave will act as the guide and shopkeeper offering plant upgrades as well as other tools and weapons. PopCap Games is planning to show more of Plants vs. Zombies 2 next week at E3. In the meantime, while Android users are left waiting for release details, we do have the official trailer video which can be seen above.