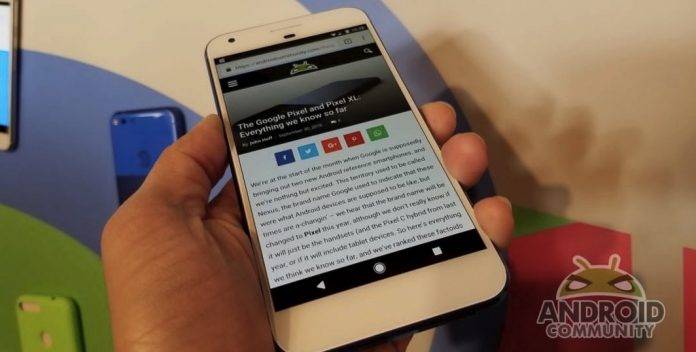 It’s no secret that some Google Pixel and Pixel phones are having problems. There’s that camera flaw which was recently patched by Google. The two phones also have freezing issue as reported last December and double tap to wake problems. Some Google Pixel XL phones were also reportedly suffering audio and static distortion problems. This particular issue is said to be hardware based according to a Google Support Specialist.

Some redditor shared his conversation with a Google Store Support online. He asked the agent if he can confirm or deny a statement posted on Google product forums that says a fix will be arriving end of March or early in April for ALL Pixel and Pixel XL phones. That’s not just a few and it was noted to be a software issue and not a hardware issue as first reported. The redditor also asked about the policy on refund if one cannot wait for the fix.

The Google Store Support denied the information. According to a person part of the Google Support Team, “the issue mentioned currently is known to affect a select build of device” only and it is known to be a hardware issue. Refunds are also not offered right now but warranty service would still be honoured.

Now that’s an interesting twist here because of the contrasting claims. We’re not sure who to believe now but we’re betting more on the words of the Google Store Support specialist.