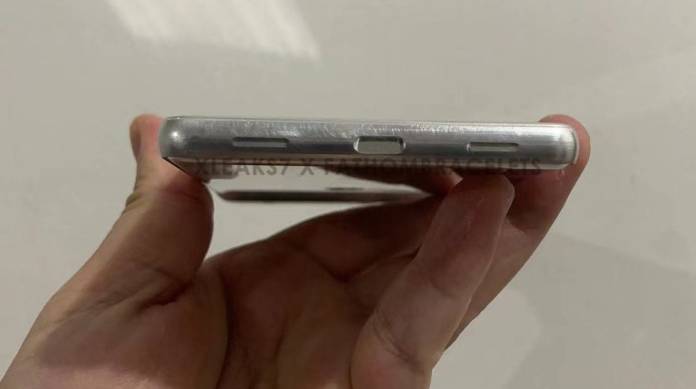 The Pixel 6a will be arriving. We don’t know when exactly but it will be released. Google is believed to have started working on the next mid-range Pixel. A dummy unit has been sighted and shared by a source. The aluminum dummy phone is a result of a collaboration between Fathom Bracelets and @xleaks7. At first glance, we see the familiar design introduced in the Pixel 6 and Pixel 6 Pro. Mainly, the camera module is horizontal–looking like a bridge.

Like the Pixel 6 and Pro, the Pixel 6a may come with a dual lens camera plus a flash light. We see a USB Type-C port at the bottom. On the two sides, there are speaker grills.

The dummy unit is presented by the same source who showed us a Samsung Galaxy S22 Ultra dummy unit back in October. The upcoming mid-range is believed to come with an on-screen fingerprint reader (touch ID) and a punch-hole cutout for the selfie camera.

The Google Pixel 6a may also come with significant bezels and chin just like the flagship version. On one side, we see the power button and volume rocker. The camera bump is still thick but doesn’t seem to be very obvious. There is NO headphone jack.

The Pixel 6a’s design will also be unique but mainly similar to the Pixel 6 and Pixel 6 Pro. We’re guessing this mid-range smartphone will be revealed together with the Google Pixel Watch in early 2022. That is a possibility but let’s take things with a pinch of salt.