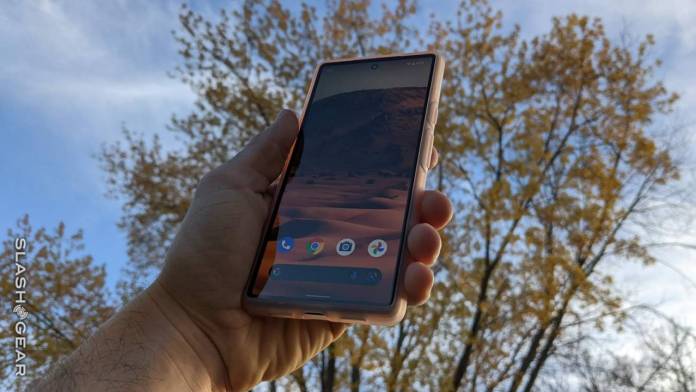 The Pixel 6 remains as the current popular phone series in the market until a new one comes along. Google takes pride in both the Pixel 6 and the Pixel 6 Pro. They run on the tech giant’s very own Tensor chipset. The Pixel 6 isn’t perfect but it comes with a bunch of fun and interesting features. There are several issues we have covered but we are hoping they will be fixed soon. The fingerprint reader problem has already received a fix recently via a minor update.

Some have been saying the Pixel 6 fingerprint reader issue would start once battery is discharged. A number of solutions have been suggested too.

Google has provided a glimpse as to how charging actually works on the Pixel 6 smartphones. So far, we know there is the Adaptive Battery feature helping in achieving an all-day battery. There is also the Extreme Battery Saver that lets the phone run only essential apps. When it comes to charging, it is expected to be faster than previous models.

The Pixel 6 runs on a 4614mAh battery while the Pixel 6 Pro uses a 5003mAh battery. We haven’t really tested the phone in terms of battery life but some people are saying charging speed isn’t exactly impressive.

This means charging may not be consistent. Google said the “power delivered through a full charge cycle varies over the course of a single charge”. The rate is based on different factors like state of charge, system usage, temperature, system design, and battery cell.

What usually happens is the Pixel 6 throttles speed after sometime. For example, charging slows down once 50% of the battery is reached within 30 minutes. It doesn’t continuously fast-charge the battery to lengthen the battery’s life. It makes sense but can be disappointing for those who just want to charge their phones fast.

The 21W and 23W max rates are the same with wireless charging provided by the new Pixel Stand. If you use other wireless chargers, it may be slower. It is highly suggested by Google you use only the official charger.