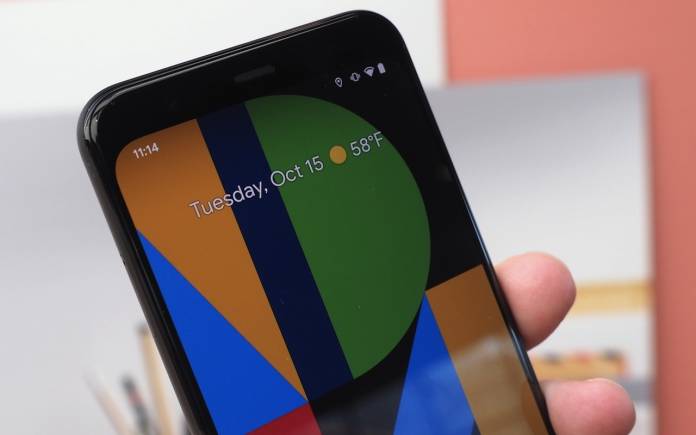 Another new feature of the Pixel 4 is Face Unlock. It’s an improved version of what we’ve tried in the past. The idea actually started way back in 2011 when Android laughed at Apple for a “Face and Presence Detection” patent. A year later, the Android team released something similar to the Ice Cream Sandwich Face Unlock although with several issues. Google was then granted patent for Face Unlock features in Android and the technology has since evolved into what we know today. Android’s Face Unlock still has more room for improvement.

In the recent past, the tech giant added facial expressions to Android security. It also introduced iris scanning support. Today, the Pixel 4 comes with a more advanced Face Unlock. It’s so effective that it also works even when you are sleeping. This means the feature works even when your eyes are closed.

The Pixel 4 doesn’t have a fingerprint sensor. Google is confident the Face Unlock will be enough that it didn’t implement the fingerprint reader as with the Pixel 3. There is no on-screen reader as well.

The Face Unlock is indeed effective. It can recognize your “face” even when you’re only lifting the phone. That’s a flaw right there because the device doesn’t know if it’s you or another person.

We like the idea of a speedy Face Unlock but it does the job even when you don’t intend to. That’s something you don’t want to happen because you’re offering your device to prying eyes. Google’s Face Unlock must be reevaluated. The company hasn’t made an official explanation yet just these words: We will continue to improve Face Unlock over time.

If you’re getting a Pixel 4 or Pixel 4 XL, we suggest you use the PIN code security system first. You can disable the Face Unlock on the Pixel 4. We’re crossing our fingers that the tech giant will fix this security issue.