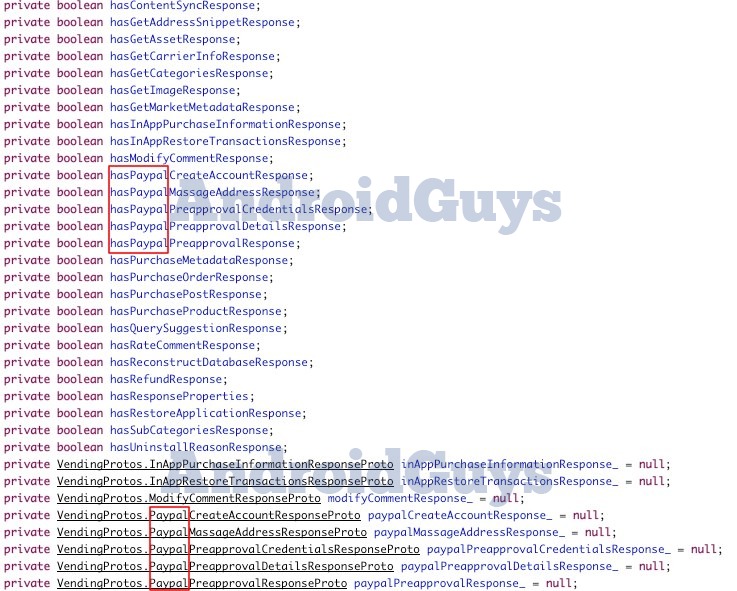 There are a lot of supporters, and to be fair, detractors, for PayPal. But since Android is all about choice, the lack thereof has irked the debit-card-toting masses behind the eBayer’s payment of choice for some time. But according to some of the folks at AndroidGuys, some code found in the latest Android Market indicates that the payment service will be added soon.

Rumblings of PayPal support have been running around the Android rumor mill for years, but so far, it’s been just that: rumor. Of course there’s the official PayPal app, and you can use PayPal for many in-app purchases, like ComiXology, but the addition to the Market could make paid apps a lot more accessible to international Android users, or those who just don’t want to sign up for yet another online payment system.

The code found in the Market app is certainly promising. It’s hard to imagine why Google would put it in there if they didn’t intend to use it, and soon. And it’s a bigger deal than you might realize – lots of contractors and online workers get most or all of their salary via PayPal, and official support would mean one less hoop for them to go through to get some app action. With Google expanding into book, movies and soon music, they might be eager to make paying as easy as possible.