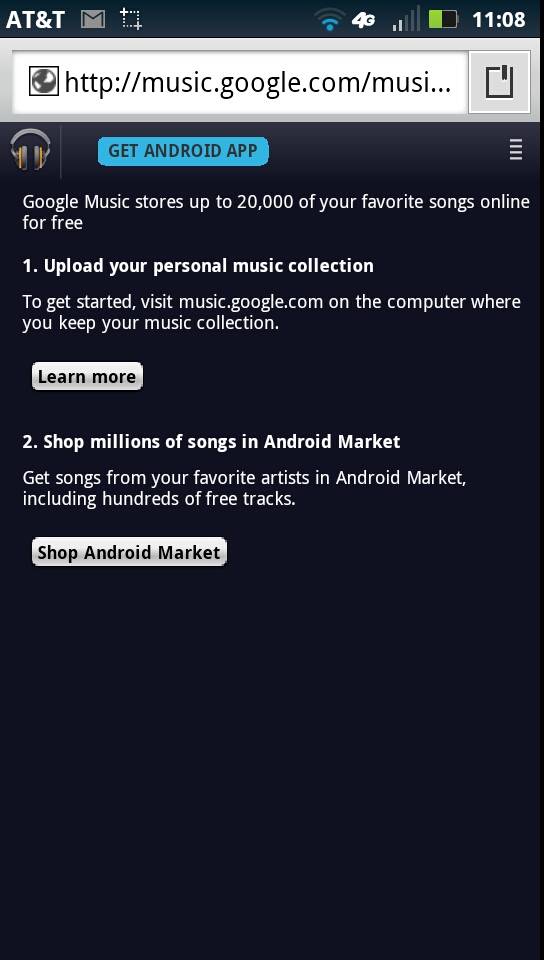 We’ve been hearing that Google will begin selling music directly for months, and it looks like it’s about to finally come to pass. But don’t take our word for it: head over to music.google.com with your Android device (make sure you’ve got your user agent set to default) and you’ll see something similar to the screenshot on the right. The page mentions “millions of songs in the Android Market”, though both links appear to be inactive at the time of writing.

Google already sells books and movie rentals in the Android Market, highlighted by the latest radical UI shift in the Market app. The Google Music Beta app (not to be confused with the default android Music app) ties in with Google Music to stream music to phones and tablets, but unlike the Amazon Cloud Player, you can’t purchase music and stream it from Google’s servers – yet. Andy Rubin, Google’s Android head honcho, confirmed Google’s plans at the AsiaD conference. Rubin hinted that there would be something more than a standard music store – that it would “have Google in it”.

The music industry is notoriously hard to deal with when it comes to licensing and deals, so it’d no surprise that even the economic muscle of Google and the wide reach of Android haven’t easily swayed the record companies. But if Google is already deploying resources, the launch can’t be that far away. Who’s ready to see Android go head-to-head with iTunes and Amazon?