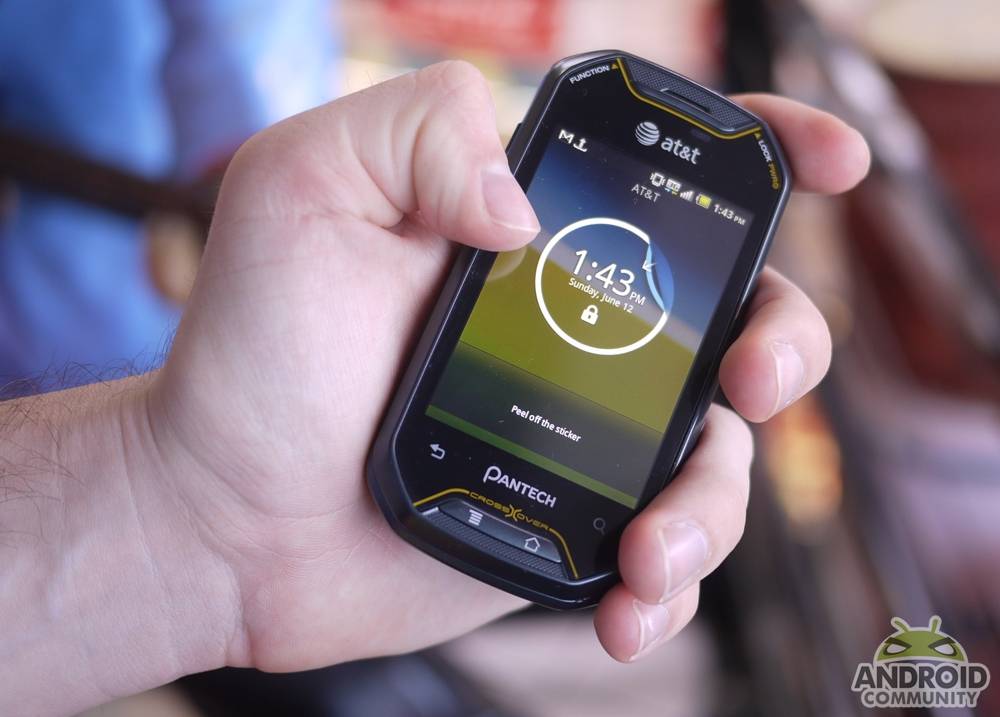 What we’ve got here today is Pantech’s very first Android effort in the United States. It’s certainly no top-tier device, but a mid-range contender it certainly is. That said, as a commenter noted in the hands-on post, it reminds one very much of a phone from 2007 by the name of Helio Ocean. Does that mean its hopelessly outdated? Absolutely not. Have a look at a device that I’d suggest to any one of my relatives who want to get into Android any day of the week. Family and friends lost in the unconnected past, welcome to the mobile future, this is your guide, the Pantech Crossover.

Below is a review that’s going to cover everything you need to know about this device, and it’s pretty simple because simply, there isn’t that much to know. You’ve got a fully functional Android device here with a slide-out full QWERTY keyboard and a 3-megapixel camera on the back. There’s a 600MHz ARM v6-compatible processor and the device is running Android 2.2.1. Sound like a little winner? 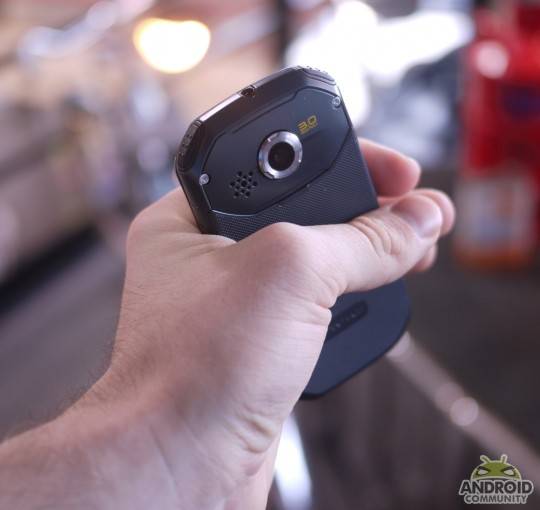 This device is right around the size of a Nexus S, measuring in at 4.45 x 2.28 x 0.56 (113 x 58 x 14 mm), and it weighs in at 5.15 oz (146 g). The display you’ve got on this device is a 3.1-inch 320 x 480 pixel resolution TFT LCD with the four standard Android buttons split between physical and touch, the menu and home buttons sitting on a nice little platform that allows you a unique form for clicking. At the top of the display, up around the side, are two more unique buttons including a lock/power button on the upper right and a function button in the upper left. They’ve got ridges for easy feeling, medium press for excellent touchability. 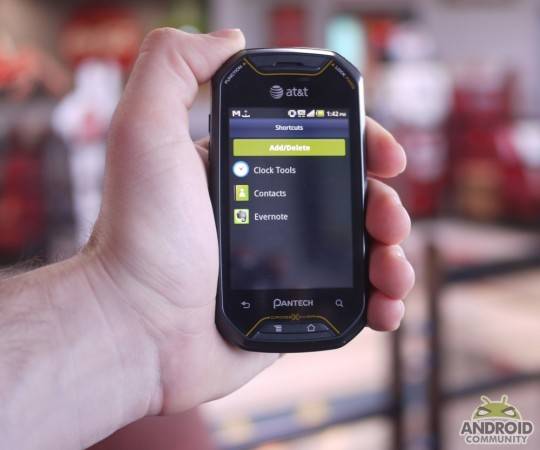 The function button in the upper left is a very powerful choice in the part of Pantech. Where the last place we saw such a button was in the keyboard of the Sidekick 4G, here we’ve got it placed in a location that’s either going to be very useful or very out of the way and forgotten about. The button is set up to offer you a screen that you’ll be able to fill with app shortcuts. The best bit of this is that it’s empty at the outset. They’ve given you this function without tossing ANY of their own apps in your face. Excellent choice, Pantech and AT&T. The power / lock button is opposite this function button, again, and is very nice to use. 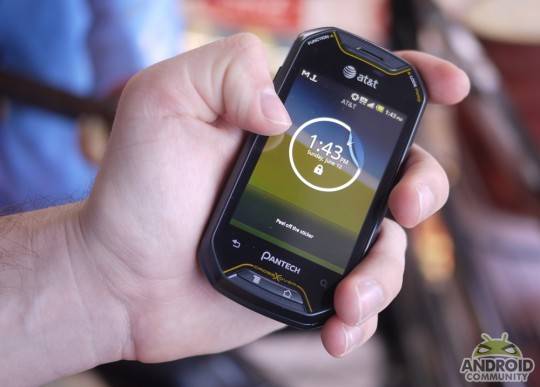 Volume up and down are on the left, plastic covered USB port on the right above a physical camera button with a single tap photo taking function. What I mean by that is there’s no halfway to focus – it’s just photographing or not photographing, good luck with focus. Have a look below at some examples of camera-produced media. 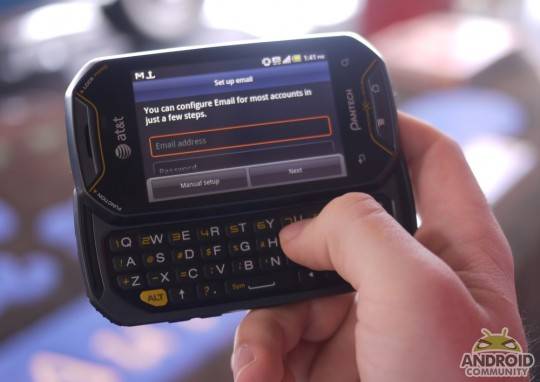 The slide-out keyboard is on a slider that’s amongst the best we’ve ever seen. We cannot speak quite yet on how well it will be holding up over several months, but for now, it’s just tough enough to stick where it should, loose enough to slide with one hand. The keyboard itself has just the keys you need, a secondary set of keys with ALT, and up down left and right buttons. Nothing too fancy, works, well made. 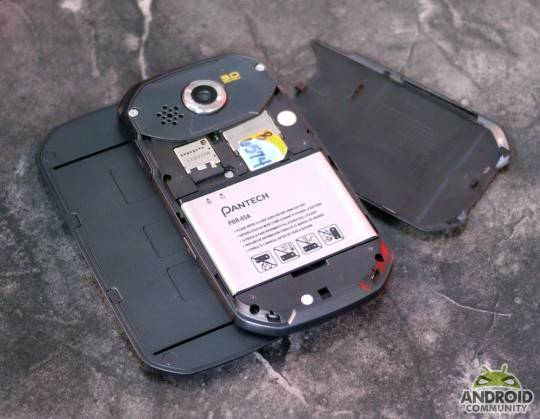 You’ve got a SIM card slot under the battery cover in the back, a 1500 mAh batter that, because the phone is so simple, doesn’t appear to EVER run out, though after a couple days we are having to break down and charge it. This should be par for the course with a mid-range phone like this, but all too often it isn’t. Thanks again to Pantech for keeping the light burning on a device that by all means should be easy to power. That microSD card slot comes with a 2GB card inside and will be able to carry up to a 32GB card if you like. Screen responsiveness is fine, phone as a whole is creak-free, plastic seems rough and tough, definitely at the top end of mid range. 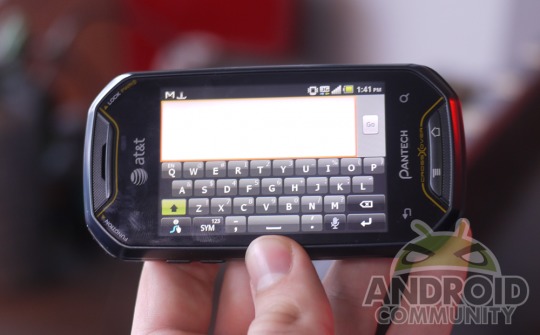 Pantech has gone ahead and added their own unique user interface over Android, one that makes the device look like one of their classic devices on the face. On the other hand, you can certainly still tell you’re working with Android 2.2 Froyo, and because this device isn’t going to win any processing power battles anyway, worrying about the UI slowing you down shouldn’t, if you’re asking me, be at the top of your list of priorities. 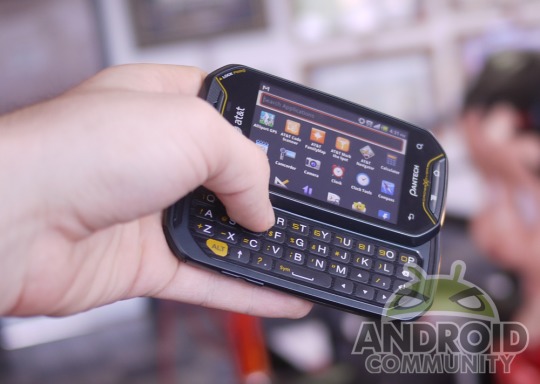 You’ll start to notice the smallness of the processor once you start to play games. If you don’t play any games with devices such as these, you’ll have no problems flying around to your different text apps and whatnot, but if you want to play even a game so simple as Angry Birds, you’ll have a little bit of skipping going on. 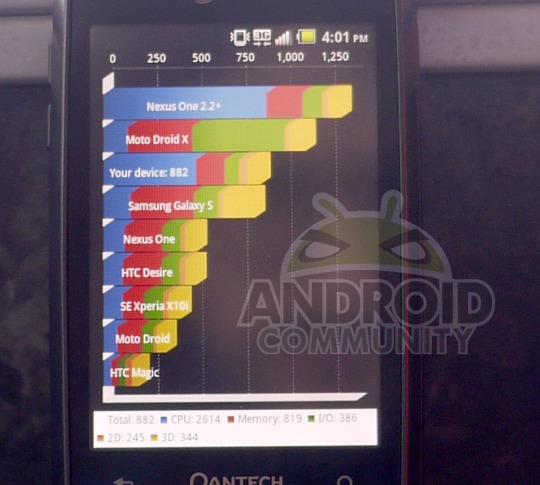 It’s worth noting that this is only the second Android device to be released by AT&T that has the ability to install third-party apps. Up until now AT&T had blocked all applications not coming directly from the official Android Market, this firing up fans of Android hoping to use their own apps or perfectly capable apps outside Google’s marketplace, thusly the Infuse 4G became the first in the future of devices that were open. Stay the course, AT&T, you’ll love how good it feels! 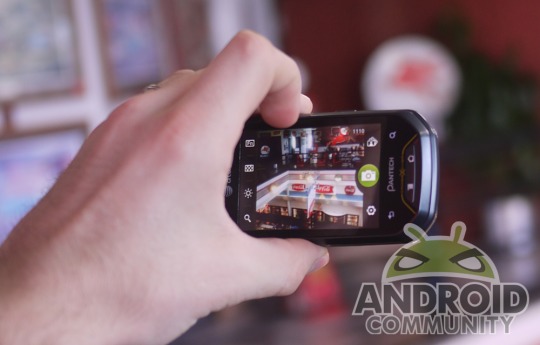 The camera you’re using here is certainly not made to help you win any photo contests. It’ll take you some OK pics if you’re all about sharing from mobile to mobile, but even Facebook will be wanting more than this. 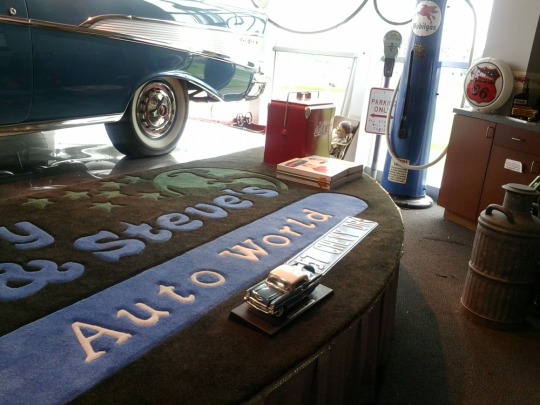 Above is a single photo taken with the device in natural light taken indoors on an overcast day, below is a video filmed inside the waiting room of the gas station I was sitting in while my car was getting repaired and I wrote this excellent review. 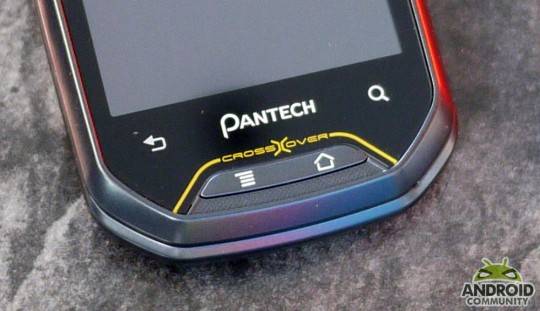 Call quality is excellent, no sound quality issues on either side. The speaker on this device is mediocre, “squabbling” the audio when at full blast. You can certainly watch YouTube videos on this device, but they’ll be grainy and your audio wont be the best. That said, again, this phone sounds fine if you’re just using it as a phone. Battery will last you upwards of two full days. A 1500mAh batter on a small device such as this is bound to give you great performance. Of course if you watch video and blast through data by using the portable hotspot function with your laptop, you’ll be finding your performance to be much less impressive. 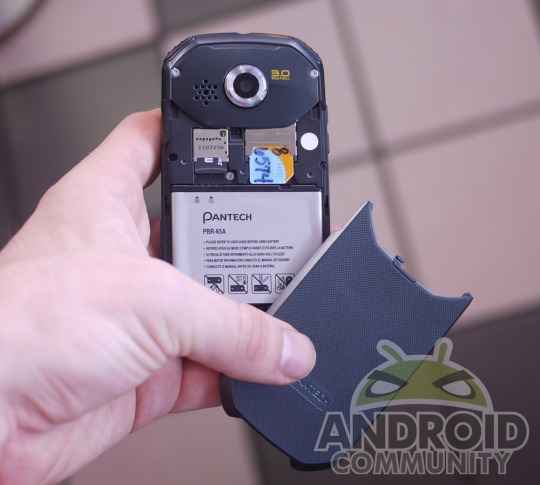 This device will be costing you a total of $69.99 with a 2-year contract attached on AT&T’s mobile network. At this price point you’ll be selecting whatever works for you, while $150 and up you should really be considering your options. For a smartphone of this caliber, certainly $70 is more than reasonable. It’s no free deal like you’re getting on some devices these days, (and you should always look out for those,) but $70 is what this phone should cost if it’s not free on contract. On the other hand, you can get the magnificent Infuse 4G also on AT&T for right around $200. Worth more than double the price? Oh yes, oh yes. 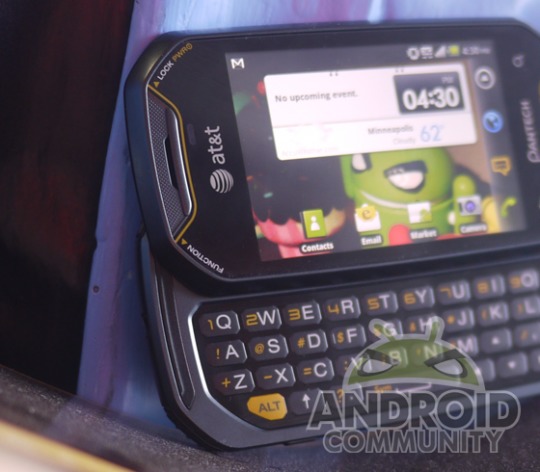 A solid little phone on AT&T running Android for those who are looking to first get into smartphones on the Android wave. That’s what we’ve got here. Pantech have come out swinging very small, soft fists, but given that this device is generally decent, we look forward to their next move. The Pantech Crossover is a good looking device, and it’s certainly apparent that the industrial designers behind the form knew exactly what they were doing: with materials, with placement of interactive elements, with color, with everything. 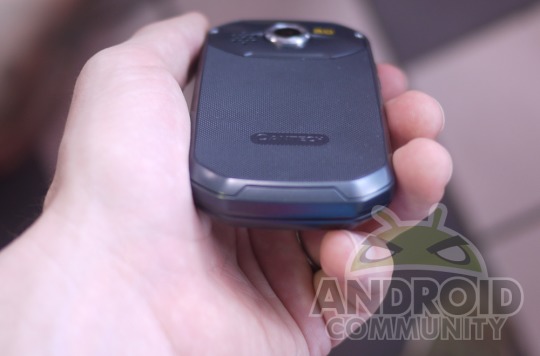