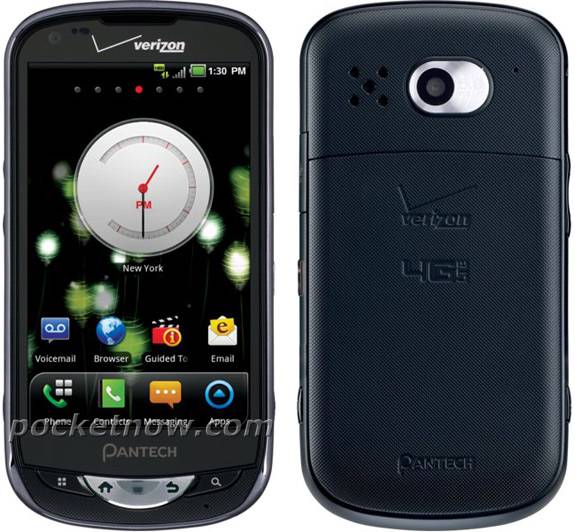 Verizon has a pretty big lineup over the next few weeks and months, but now we are starting to see some 4G LTE phones show up with a more moderate price tag. We all know plenty about the Bionic and other 4G superphones but not everyone needs the best. It appears Verizon is now starting to prep some great mid-range offerings on their 4G LTE network and one of those is the Pantech Breakout.

A few weeks ago details on the Pantech Breakout were leaked showing us almost all the specs as well as revealing it would be a 4G LTE device but now we are seeing actual press images. The Breakout will have a 1 Ghz processor, Android 2.3 Gingerbread, 4.0″ display, 512MB of RAM, a 5MP camera on the rear and a few other decent mid-range specs.

This could very well be the Pantech Apache we saw clear the FCC recently, unless that is another LTE phone on the way. Today we also saw the Samsung Stratosphere, another 4G LTE mid-range phone headed to Verizon so this is just one more indication that they are ready to start rolling out phones for the masses with LTE on board.