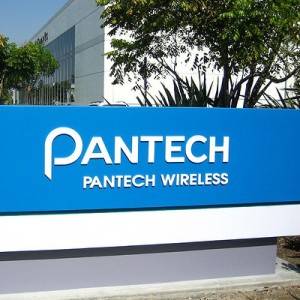 Here we have another Android device headed to Verizon packing some 4G LTE inside. This is the Pantech Breakout 4G LTE Smartphone and it should come with Android 2.3 Gingerbread at launch. We don’t know much about Pantech or the Breakout, but we did recently see a Pantech 4G LTE phone clear the FCC named the Apache. This could be the same phone and now we have clearer details with a full spec sheet that was nicely leaked for our viewing pleasure.

From the leaked flyer shown below we now know the Pantech Breakout will be 4G LTE enabled and will hit Verizon Wireless. It will have a 4.0″ 800×480 standard android display, come with Android 2.3 Gingerbread, a 1 Ghz processor (single or dual-core isn’t know) but they are comparing it to a single core phone next to it so most likely it will be a single-core device. We also spot 512MB of RAM and a 8GB MicroSD comes included with the smartphone. 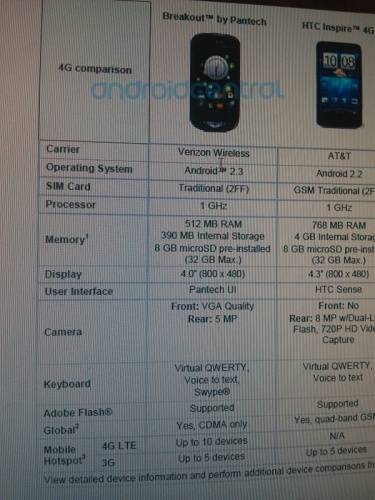 Other details reveal it will sport both a front and rear camera. On the back we have a 5MP shooter and VGA front for video chat, both of those nicely line up with the Apache FCC filing we linked to above. We also see that Pantech has listed they will be sporting their own UI on the phone. Most likely this will just be a user interface overlay similar to Touch Wiz or Moto Blur but we can’t know for sure. When we find out more details we’ll be sure to report them right here so stay tuned.