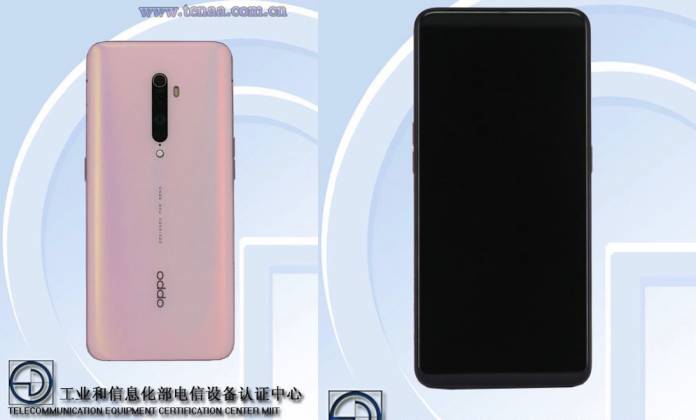 The OPPO Reno 2 is coming and it seems the official launch is about to happen. The new phone has recently reached TENAA. This is the Chinese FCC which tells us a device is almost ready for announcement and market release. Just a few days ago, we said the phone could be out with a 20x zoom camera. The Chinese OEM though is believed to introduce the smartphone in India first. At this point, it doesn’t matter where OPPO will make its first public appearance. We only want to know when exactly.

The official launch could happen in a few days or weeks. The new OPPO Reno 2 is said to still come with the shark fin pop-selfie camera. The selfie cam is also self-retracting when the phone is dropped just like the OnePlus 7.

The selfie camera is 16MP while the quad rear camera system will have 48MP + 13MP + 8MP + 2MP depth sensors. Most of the specs are on TENAA. It’s the zoom version but unlike the Reno 10x zoom, this one will not have a periscope-like zoom mechanism.

Choose from the Green, Pink, or Black versions. The phone weighs 189g and measures 160mm×74.3mm×9.5mm. We’re not thinking of an IFA 2019 reveal because the device appears to be almost ready. OPPO may make the announcement any day now.