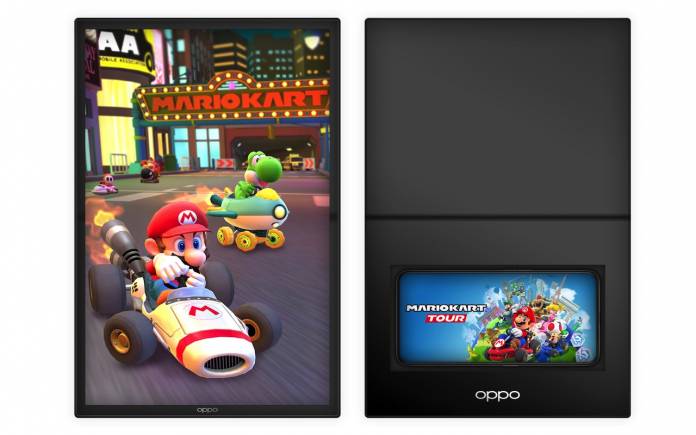 This isn’t the first time we’re hearing about a foldable phone from OPPO but we’ve always been curious about how the device will look. Almost a year ago, an OPPO foldable phone patent surfaced and was said to be followed by OnePlus. It was expected to be announced at the MWC 2019 but nothing was introduced. There was no unveiling that happened, at least, not yet because nothing was ready yet. It was only a few months ago when an OPPO foldable phone render showed a pop-up camera.

Today, a new set of image renders have surfaced online, giving us an idea about the possible look. The foldable device is a foldable phone that converts to a foldable tablet. It may possibly rival the Samsung Galaxy Fold and the Huawei Mate X since it appears to be about to be the same size.

OPPO is believed to have filed for a patent for a special mobile device bearing a flexible screen. What’s interesting is that it works first as a foldable tablet. A mobile phone can be inserted so you can have a bigger display.

Don’t be confused here because now it seems the Chinese OEM is working on a new design. OPPO’s foldable innovation shows an alternative that provides access to a bigger screen that is still bendable. 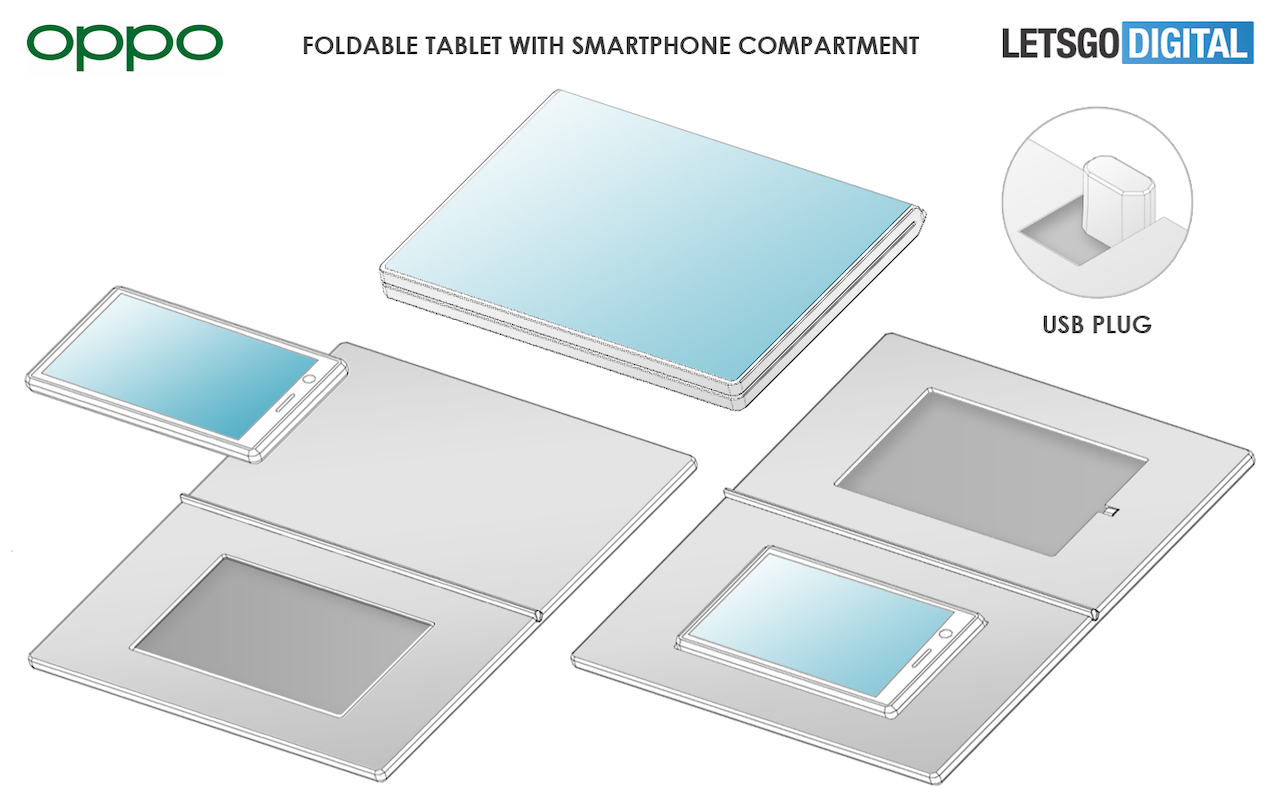 A real folding phone is still far from being perfect but it is a possibility. OEMs just need to find the right solution and build the correct technology. OPPO’s design is different as you can insert a smartphone into a bigger display. The idea is for the phone’s content to be shown on a much larger screen.

The OPPO foldable smartphone may just be one product offering from the company. The new one can also be offered in the near future. If not before year-end, an MWC 2020 announcement may once again be expected.