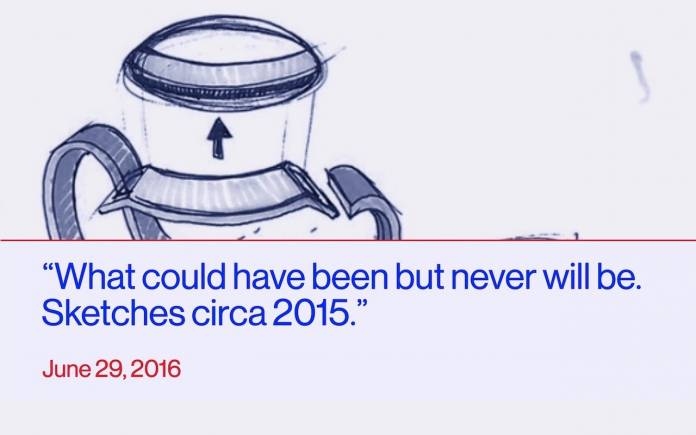 More things are coming to the OnePlus ecosystem. These are the latest words from the company that lives by the ‘Never Settle’ motto. OnePlus India’s official Twitter account shared the good news. It’s only a matter of time before a new product is unveiled. Based on the image, the next device will be a smartwatch. The image posted is of an old design. The sketch was from previous designs considered way back in 2015. The smartwatch on the image actually matches what we shared with you before.

A couple of months ago, we said a OnePlus Watch may be released in the near future as sighted on IMDA. It’s not clear when the smartwatch will be released in India but we know it will be announced there.

Not much information has been given but the IMDA post meant the OnePlus Watch received a certification already. We learned about the watch model W301GB. It seems OnePlus is serious about expanding its product range. Apart from OnePlus phones, OnePlus has already released several earbuds. The most recent pair was the OnePlus Buds Z.

As for the OnePlus Watch, we remember the time when OnePlus co-founder Carl Pei tweeted a discarded smartwatch design. The watch design, you can actually see on the latest tweet from OnePlus India.

We’re not sure if OnePlus will still use design. We actually doubt that so we’re excited about what OnePlus has in store for its fan. Since it “never settles”, we don’t think it will settle for the old design. Let’s wait and see.