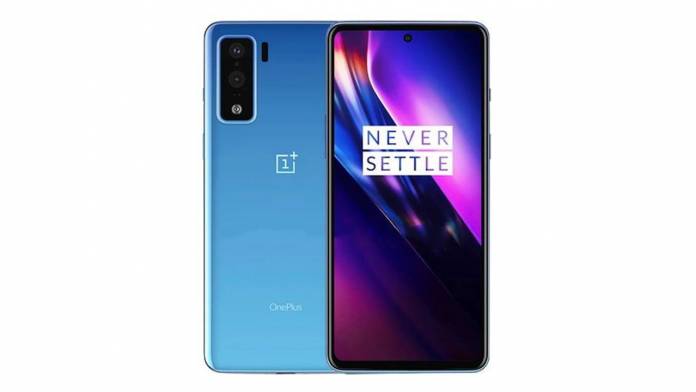 As speculated earlier, the OnePlus Nord launch event is indeed going to be an augmented reality keynote. This comes courtesy the official teaser video by OnePlus and also the fact that the AR app for watching it from the cozy confines of your home is up on both the Play Store and the App Store. Now, yet another listing of the phone on Romanian retail store confirms the pricing and specifications of the device set to unveil on July 21.

OnePlus Nord is up for approximately $520 (2,230 RON) that’s roughly €461 in Europe, on the Romanian e-commerce website EvoMag. The device has specifications that match what has been rumored for so long. Nord is listed with a Snapdragon 765G Octa-Core SoC, Adreno 620 GPU, 620 8GB/12GB of RAM, 128GB/256GB of internal storage option, and a single hole-punch selfie camera. Apparently, in previous leaks it was slated to have a dual hole-punch setup.

The listing also clarifies that the Android 10 device will have a triple camera setup with 64MP primary camera, 12MP ultra-wide lens, and a 2MP macro/depth sensor. Nord will also have Bluetooth 5.0 connectivity, dual-SIM support, and 802.11ac Wi-Fi. As believed earlier, the device is listed as having 4,300 mAh battery. Currently, the Phone is out of stock on the website and cannot be ordered in any way.

Coming to the specially curated Android and Apple AR app for the Nord event – it gives the user option to create an avatar with other general tips. For example that your phone is fully charged and the headphones should be plugged-in. Another recommendation is that there should be Wi-Fi connectivity for the best AR experience.