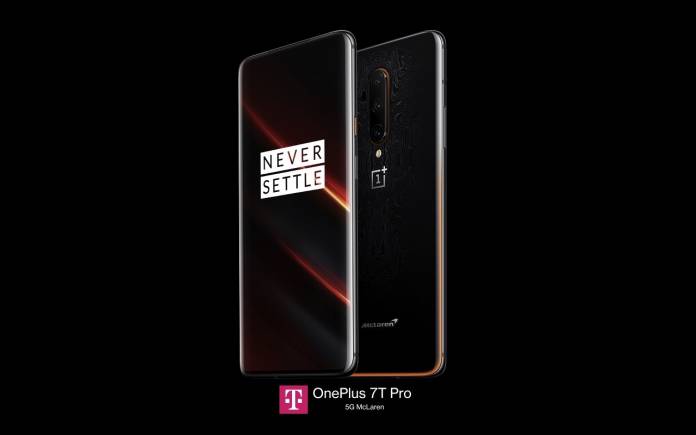 OnePlus and McLaren have created special edition phones since 2018 that resonate the essence of “Need for Speed” for both brands. Typically, the McLaren edition phones by OnePlus are snappier, as they come with beefier RAM and other inclusions. Like the OnePlus 7T Pro McLaren boasts 12GB RAM and 5G connectivity. Now the partnership has officially ended as the iconic British sports car maker has confirmed the rumors. However, there is no word on the reason as to why the two have parted ways.

The news was confirmed by Android Authority who had received an email statement by McLaren spokesman stating that the scheduled contract with OnePlus has come to an end and it won’t be renewed. The email stated “Our partnership with OnePlus, which came to its scheduled conclusion recently, has been a highly successful collaboration between two iconic and innovative brands. Since the start of this partnership in 2018, OnePlus has been a supportive, valued partner and we wish them well and hope to see them in the future.”

Last device developed by the two brands was seen at the Consumer Electronics Show 2020, dubbed Concept One which adorned the papaya-hued leather. Now that OnePlus and McLaren are no longer together that device wouldn’t see the light of day. So, an OnePlus 8T Pro McLaren edition phone and the consequent phones are dead and buried.

That said, we could see more special edition Star Wars and Marvel OnePlus phones since the brand has collaborated with Disney in the recent past. It remains to be seen what special edition offerings OnePlus will come up with in the future.