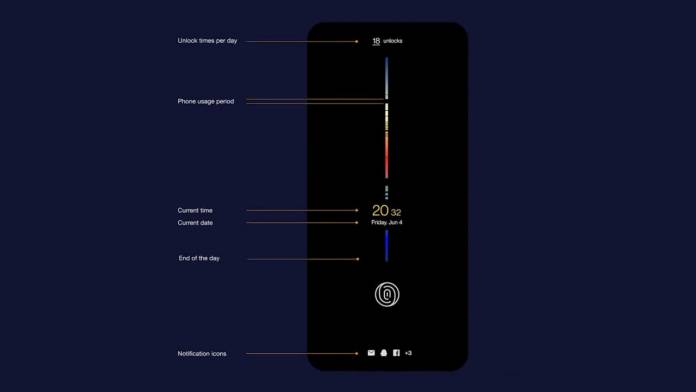 OnePlus phones have many exciting features to top other Android smartphones on the market. One feature that fans have long wanted OnePlus to deliver – and the OEM acknowledging it at various occasions – has been the Always-On Display feature. Pete Lau, OnePlus CEO and co-founder, had recently tweeted “11 on display” with an image of a clock set at Eleven; hinting at an always-on display to roll out with OxygenOS 11. The Chinese OEM has now teased the same through a video posted on the Chinese micro-blogging website Weibo.

The marketing video is accompanied by a description noting that OnePlus collaborated with students and teachers of the Parsons College in the United States to design a theme called “Time” for the long-awaited always-on display feature. This theme, the video reveals has a vertical line running down through the middle of the phone screen, showing time moving from top to bottom as the day passes also indicating the time user spends with the phone.

This teaser video, displaying HydrogenOS 11 (Android skin used in Chinese models of OnePlus) probably on OnePlus 8 Pro, presents a clear insight into what to expect from the always-on display feature when it does roll out on OnePlus phones globally. Lau again took to Twitter on Friday to tease OxygenOS 11, which will be based on Android 11.

We don't mind if you want to get fresh with us. #OxygenOS11 pic.twitter.com/WP9SzLM1oN