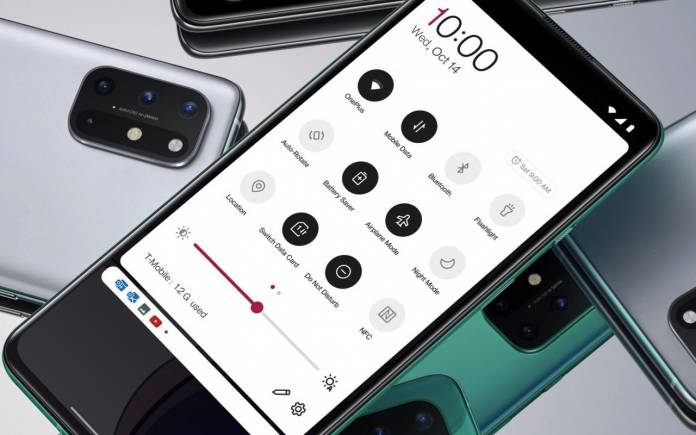 After traveling through the rumor trails for months, the OnePlus 8T is finally announced with Snapdragon 865 powering its guts. One of the best smartphones OnePlus has ever made, the 8T comes with 65W fast charger – that juices the phone full in 39 minutes – runs Android 11 based OxygenOS 11, and has 256GB UFS 3.1 flash storage; but it’s still the 120Hz AMOLED display that takes the cake. In its latest Display Shoot-Out, DisplayMate gives OnePlus 8T the highest ever A+ grade for its display performance, which in these early days, should be something OnePlus can really cheer about.

While for some of us, the biggest selling proposition of a great smartphone is its display quality, for some users it’s power and software. OnePlus flagships have always been amid the best in the business – if not the best – when it comes to their displays. This was evident with the OnePlus 8 series that was praised immensely for its truly innovative screen and was stamped with affirmative by the A+ display rating from DisplayMate Best Smartphone Display Awards earlier this year.

For some clarity here, Display mate only tests the “very best, state-of-the-art top performing top tier smartphone displays” in its Display Technology Shoot-Out. Here in the in-depth Display Shoot-Out for the OnePlus 8T, you can see that DisplayMate has found OnePlus 8T’s display as “visually indistinguishable from perfect” owing to its high absolute color, image contrast, and intensity scale accuracy.

According to DisplayMate, the OnePlus 8T screen offers up to 1,090 nits output in high ambient light. In comparison to the 90Hz refresh rate on OnePlus 8, OnePlus 8T has 6.55-inch full-screen display with 92% screen to body ratio that has a 120Hz display refresh rate. How the display of the new OnePlus flagship will pan out in the real world condition is still to be seen, but as we said, these early revelations do set the stage for the Chinese OEM.