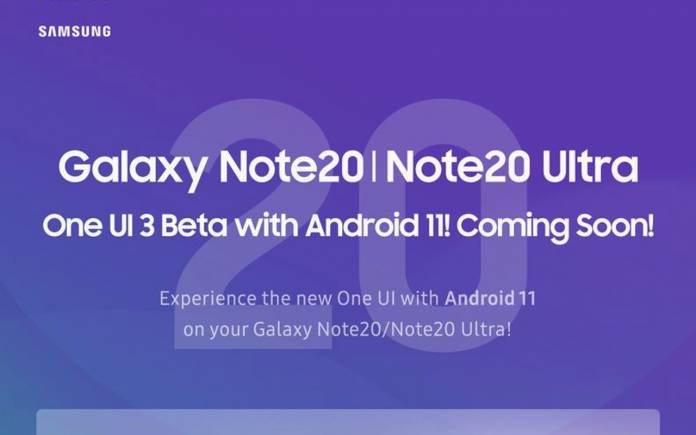 The next devices to be part of the One UI 3 Beta program are the newly announced Samsung Galaxy Note 20 and Galaxy Note 20 Ultra. We noted this would be coming and it’s happening very soon. The One UI 3 Beta is now open for registration in the United States. If you own any of the Galaxy Note 20 variants, you can sign up to experience One UI 3 with Android 11. The program is available to the unlocked variant, as well as, those purchased from T-Mobile or Sprint.

A couple of weeks ago, the same public beta program was opened for the Galaxy S20 series. It brings the same Android 11 experience. If you may remember, the One UI 3 Beta Program for Developers was first opened in South Korea and the US last month. Slowly but surely, more phone owners are getting this particular update.

It’s not the public version yet but that will be available soon. Samsung wants you to try the beta version first. Share any bug or problem you may encounter so a fix can be made. The stable version should be ready in the coming weeks or months. 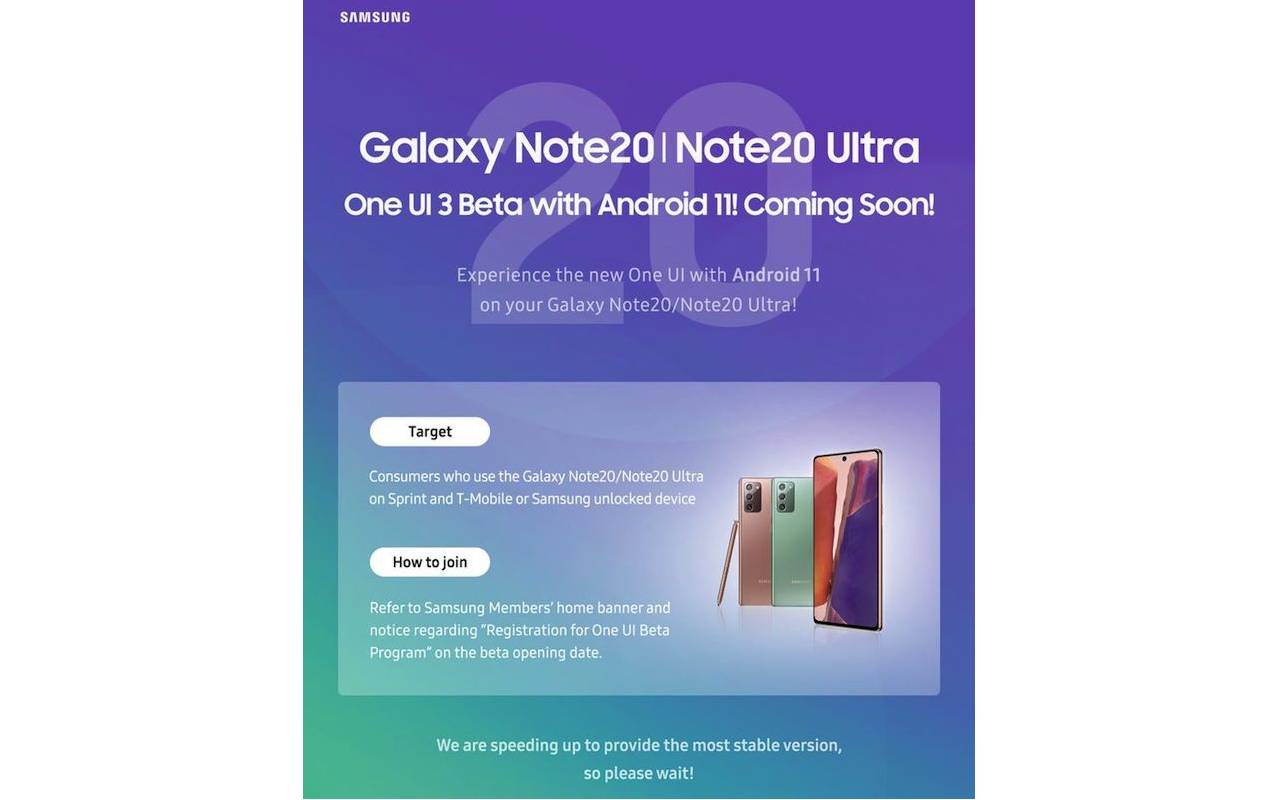 If you want to try the One UI 3 Beta, launch the Samsung Members app on your phone. If you see the home banner that says ‘Registration for One UI Beta Program’ on the beta opening date, click on it to join.