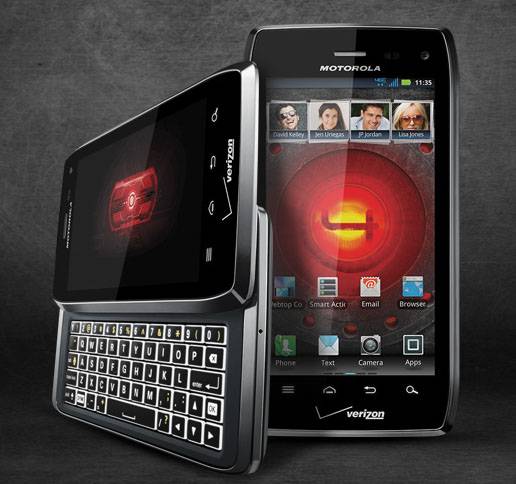 After literally months of delays, Verizon is finally getting the high-end QWERTY LTE phone it’s been lacking for so long. The latest batch of rumors turned out to be fairly accurate, and you can pick up the Motorola DROID 4 this Friday, February 10th. The cost will be $199.99 as expected, naturally including a two-year contract or extension. Rumored for most of the 4th quarter of 2011 and only officially verified at CES in January, the DROID 4 has been one of Verizon and Motorola’s most protracted phones since the DROID BIONIC.

If you’ve seen a DROID RAZR, imagine it with a slightly smaller screen, then add a sliding QWERTY keyboard. That’s basically it. Aside from the keyboard, the biggest departure from the RAZR design is the 4-inch qHD LCD (not AMOLED) screen, and the fact that the battery is removable. The same respectable components are present: 1.2Ghz dual-core processor, 16GB of storage space, an 8MP camera and Motorola’s customized Gingerbread software. The tough construction and tapered styling of the RAZR and DROID XYBOARD tablets remains intact. Alas, so does the locked bootloader.

The DROID 4 won’t be the only thing debuting on Friday: Verizon is also pulling the veil off of a new buy one, get one free deal for its RAZR phones. That includes the original Motorola DROID RAZR, the white and purple variants introduced a few weeks ago, and the brand new DROID RAZR MAXX with the slightly larger size and nearly double battery capacity. Pairs of DROID RAZRs without an SD card can be had for $199.99 on contract, while the models with a free 16GB MicroSD card and the RAZR MAXX are still $299.99. Taking advantage of the BOGO deal requires a second existing or activated account.