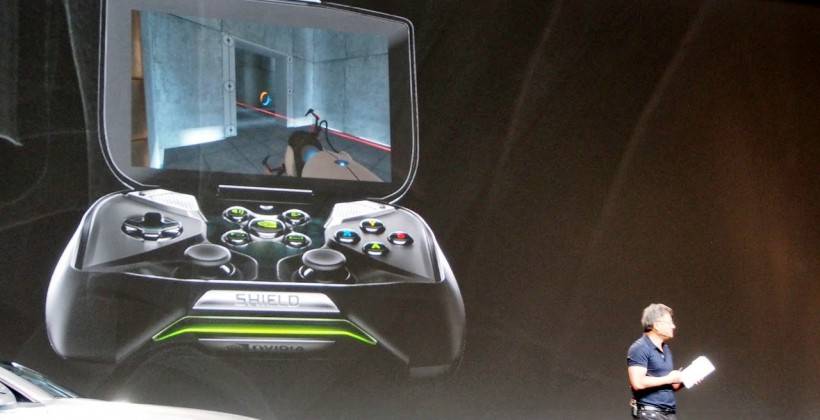 NVIDIA may have nominally stepped back from the smartphone biz, tough even that is still debatable, it hasn’t completely backed out of the entire mobile industry just yet, especially when it comes to gaming. Insider sources are saying that NVIDIA has something up its sleeve that will give new players in the industry, like Valve and OUYA, a run for their money.

It is almost common knowledge, at least in the rumor mill, that NVIDIA will have a new SHIELD device coming soon, but the exact details of this device is still shrouded in mystery. The crowd favorite seems to be that it will be a tablet, which isn’t exactly conducive to gaming. The latest tips and leaks, however, seem to agree on one thing: there will be a controller accessory for this device. Think Wikipad or some other Bluetooth controller available these days. But the device itself will also be able to pipe its display to a TV via HDMI, which hits on the target living room gaming market that both OUYA and Valve’s Steam Machines are vying for.

But that isn’t the only thing that these contenders will have to fear. Like the existing NVIDIA SHIELD handheld, NVIDIA will be flaunting integration with its super powerful desktop graphics cards. The device itself is said to run on an NVIDIA Tegra K1, whose prowess was demonstrated last Google I/O with rather impressive results. This will definitely be utilized for Android gaming. But it will also be able to link with a PC GPU in order to boost the device’s own graphics churning. The current generation SHIELD is already able to stream PC games to the gaming handheld via NVIDIA GameStream technology. And you don’t even have to be in the same room or network as the PC, as you can stream remotely as well. The upcoming SHIELD is said to take this partnership even further, though the exact details of that are still unknown.

While that sounds well and good, there are questions about commercial viability of this rumored SHIELD device. The NVIDIA SHIELD handheld, though popular, isn’t exactly considered to be a retail success. The device’s reach and appeal is practically limited by the presence of a high-end, and expensive, NVIDIA card in a PC. Sure, the handheld, and probably this tablet, are useful by themselves, but you will not be able to use its full potential unless you cash out for a gaming rig. That said, some market observers believe that NVIDIA isn’t actually that interested in making a profit, and that these SHIELD ventures are more likely experiments in studying the trends and reception of mobile gaming.