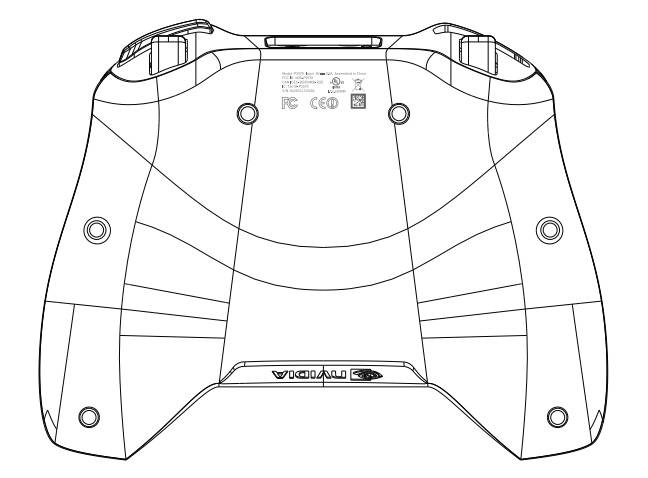 Details of the second-generation NVIDIA SHIELD were spotted in a benchmark report back in April. More recently though, it seems the handheld has also been discovered in an FCC filing. The filing is for a game controller sporting a model number of P2570 and the included sketches show what appears to be a SHIELD game system.

Similar to what we saw with the specs from the earlier benchmark report — it would appear the second-generation SHIELD will be more subtle changes and improvements rather than a radical design change. You’ll notice from the included sketch that the handheld looks largely the same. We can hope the handheld slims down just a bit in terms of weight, but overall the form factor makes for a comfortable experience.

Looking back to the benchmark report — that included mention of the following specs; 2.5GHz Tegra K1 processor with 4GB of RAM and NVIDIA GeForce (Kepler) graphics. The report also listed the system as having 16GB of internal storage, a VGA quality front-facing camera, 1440 x 810 display resolution and Android 4.4.2 Kit Kat.

Time will tell how accurate these leaked specs and FCC sketches will be, but for now it looks like the NVIDIA SHIELD 2 will arrive as a nice follow up to the original (and currently available) SHIELD. Of course, with fairly quick updates (the original has gotten plenty) and new games such as Portal and Half-Life 2 having arrived — the original is certainly not going to be obsolete anytime soon.