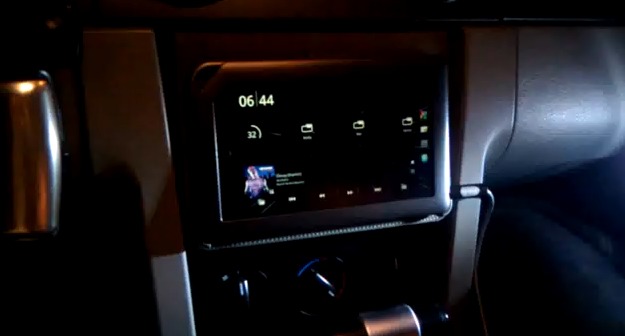 Oh you didn’t know that NOOKcolor had been rooted and taken far beyond its innocent book-reading beginnings? Oh it’s been brought far, far beyond. In a video posted by juicedigital, a rooted version of the Barnes & Noble Android tablet is shown to not only be rocking pretty hard playing music, surfing the internet, and downloading apps from the Android Marketplace, it’s essentially nearly got GPS map functionality and is changing the in-car life of this intrepid hacker / modder.

Head back to the NOOKcolor Rooted! post to see the first time it was ever done (essentially 5 minutes after yours truly shipped his over to his partner Vince, that sneaky dude,) then have a look at the time that NOOKcolor received Android 3.0 Honeycomb. Oh the advances such a lovely little piece of hardware will make when its outsides are lovely but its insides are locked. Unlock the day, all you developers!

The video you’re about to see features this developer playing around on his car-mounted NOOKcolor that’s also attached to his stereo system for surround-sound audio. What you’ll notice is that he’s also heading to Google Maps but noting that he doesn’t quite have Bluetooth yet, thusly it works as a map, but not as a turn-by-turn at the moment. When he gets Bluetooth activated, he’ll be able to share his phone’s GPS for a free excellent Nav system.

Some other items juicedigital uses in this demo: MortPlayer Widgets with MortPlayer Music “Car” layout and “transparent background” option selected. He cuts to the app “Reddit is Fun”, and as he does so you’ll notice that quite a bit of the NOOKcolor original UI is still in place (these are the menus that pop up with the green tops.) Next he heads to Miren Browser, shows us that he’s got his setup connected via “line in” on his car stereo, and goes through Facebook and Twitter in-browser. Next he take a look at Google Maps in-browser, shows us that he has at least 60 apps installed on the tablet, opens the Android Marketplace just to prove he can, switches the music track to a live version of a song by Daft Punk, stops the music, and removes the unit with one CLUNK. Well done!

Also I should mention that this video begins with the juice playing Wiz Khalifa until he comes to his senses and begins playing some Daft Punk. Daft Punk forever and always.