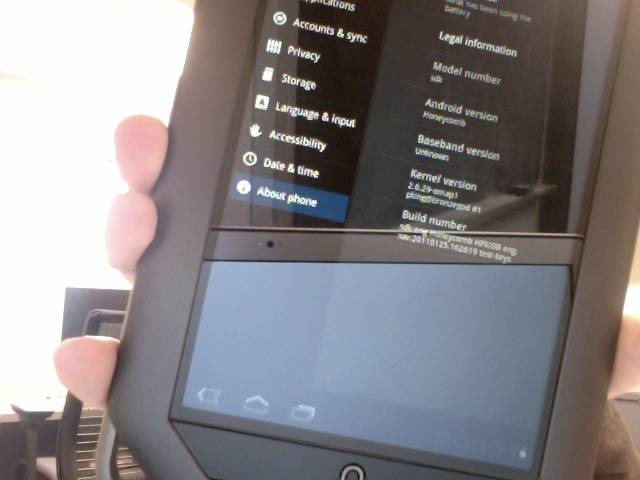 Ever since we first laid eyes upon NOOKcolor, we knew it’d perform well for the world – once it was rooted, of course. That was a few weeks ago. A couple days ago, an SDK of Android 3.0 Honeycomb was released. Today Honeycomb has been ported to NOOKcolor. What a wonderful system we’ve got here.

The developer who did this awesome task to project says that he plans on working on graphics acceleration next, to improve performance over the weekend so that Motorola XOOM, the tablet that supposed to be the ship that sails on winds of Honeycombs, might appear to be an ancient artifact by the time it’s released. Sounds great!