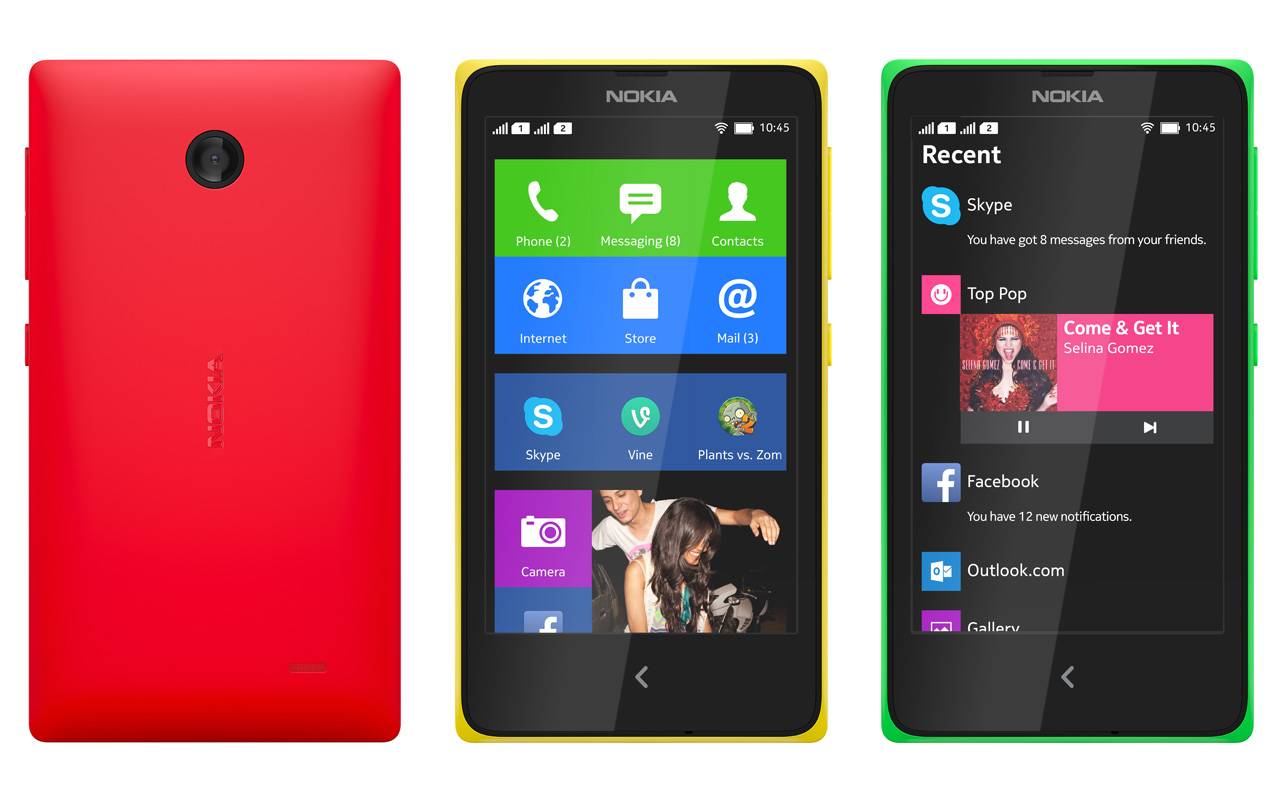 The Nokia X is official, an €89 ($122) Android smartphone reskinned with a Windows Phone-style UI and priced to sell in the sort of developing markets Nokia and Microsoft see as being the next-but-one generation of Lumia buyers. 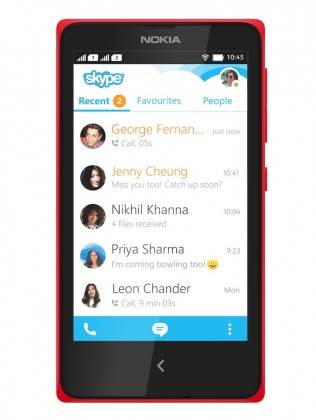 Nokia has taken the AOSP release of 4.1.2 Android and kept it pretty much stock, aside from replacing the usual interface with a custom skin of its own. That uses Live Tile-style resizable buttons and widgets for the app launcher, complete with folder support, and a new status bar pull-down with toggles for common settings like WiFi as well as switching between the two SIMs.

Swipe to the side and you get the Fastlane, borrowed from the Nokia Asha Touch series and upgraded along the way, for notifications and app-switching. Alerts, recently-used apps, part-finished messages, incoming calls, music, and videos are all listed here – pull down on the chronological list and you get upcoming appointments too – with actionable buttons for replying, returning calls, resuming playback, and more. 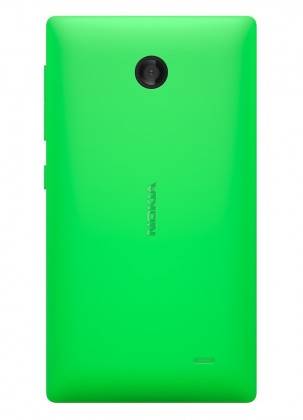 Just as the regular Android UI is gone, so are Google’s own exclusive apps. In their stead are Nokia and Microsoft’s alternatives, so Skype, HERE Maps, OneDrive (with 7GB of bundled storage), Mix Radio, and Outlook are preloaded, along with third-party titles like BBM, Vine, Facebook, and a variety of games. 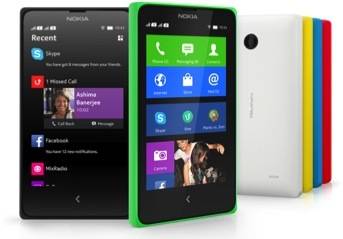 Third-party developers will for the most part be able to use their existing apps, with Nokia only introducing three new APIs for hooking into the “Nokia X Software Platform” OS’ location, in-app purchases, and notifications. There’ll be a plugin for the existing Android developer toolkit, and the new APIs can live alongside their Google counterparts, so coders need only create one version of each app.

That app, Nokia hopes, will be submitted to the Nokia Store, since there’s no Google Play access on the Nokia X. Nokia’s Store has a place for third-party appstores too, and there’s also sideloading support; in fact, Nokia tells us, you can go about rooting the Nokia X in the usual way if that’s your preference, though you’ll lose your warranty if you do so.

At €89 pre-tax and pre-subsidy, however, that might not be so big a deal. Unfortunately, Nokia has no plans to bring the Nokia X – or any of the subsequent family of devices it aims to release over 2014 – in the US (or Japan or Korea), and indeed will focus its initial availability across growth markets such as India, China, Indonesia, Pakistan, Russia, and Poland. Shipping begins from today; we’ll have hands-on coverage very soon.