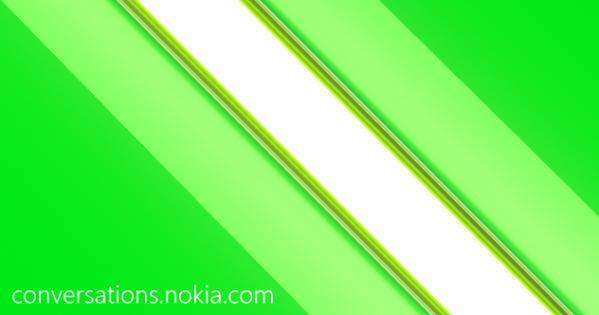 Nokia is teasing something, and with an unmistakable green bent, we can only presume it is related to Android. But will it be the rumored Nokia X2 or does Nokia, under Microsoft’s guidance, have something else in store for its new Android users? We have until June 24 to find out.

Immediately after the launch of the Nokia X and Nokia XL, there was already talk of a Nokia X2, born perhaps out of disappointment at the company’s first two Android smartphones or perhaps out of hope that Microsoft will not kill off the line immediately. There have been already rumors and leaks about the device. One held that the next smartphone will finally have a home button instead of the back button that has left many old Android users quite confused. There was even whispers about dual booting with Windows Phone, though that is more likely wishful thinking. What is supposedly the Nokia X2 did appear in AnTuTu and the specs it revealed are not exactly encouraging.

Nokia’s latest teaser talks about how summer brings out the inner glow. Nokia’s teasers, however, have very little in terms of comprehensibility or associativity. Remember the ducks before the Nokia X? Yes, strange things they were. In any case, Nokia has kindly left us a timer to count down the seconds before it finally reveals what it is really talking about. As of this writing, 3 days and 20 hours.

The Nokia X, and its larger Nokia XL brother, has been met with mixed reception, some praising its extremely affordable price while others panning the devices’ hardware. That said, in terms of software, Nokia did put an interesting spin on Android with its own custom launcher and app store. Of course, that didn’t escape controversy either. With Microsoft holding the mobile division’s reins, all mobile eyes will be on Nokia to see if it will still come out with another Android phone and if it will be able to make something substantially better.