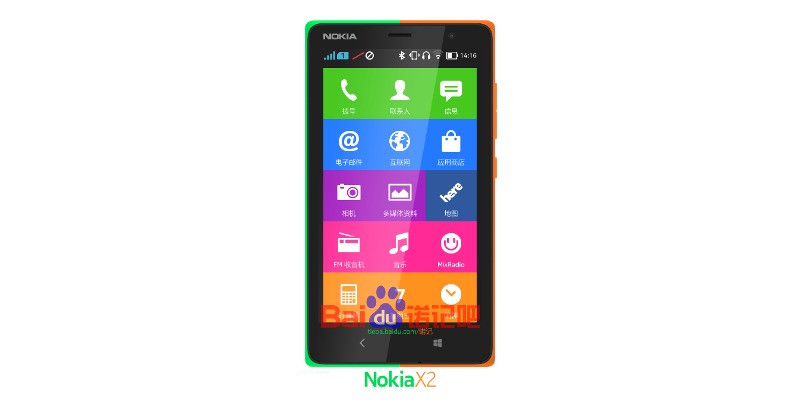 Being a rare creature, Nokia‘s Android devices are a magnet for rumors and speculation. Specs of such an upcoming device, currently nicknamed Nokia X2, surfaced in AnTuTu but while it bore rather low specs, the smartphone is being rumored to dual-boot both Android and Windows Phone in one.

As far as hardware goes, the Nokia X2 leans on the extremely modest side of the line. It does have some improvement over the current Nokia X, but not by a wide margin. For example, you have a 1.2 GHz dual-core Qualcomm Snapdragon 200 and 1 GB of RAM, up from the Nokia X’s 1 GHz dual-core CPU and 512 MB RAM combo. Internal storage and screen resolution remain the same, at 4 GB and 480×800, respectively, though no exact screen size has been given. Hopefully, it will also remain the same. 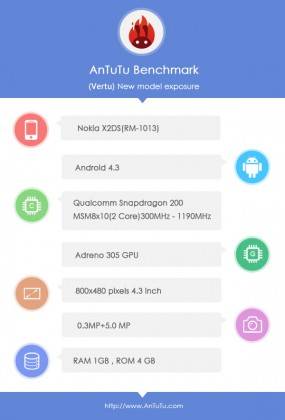 There is now a rumor going around that the Nokia X2 could possibly dual-boot Google’s and Microsoft’s operating systems. In terms of hardware, the smartphone might just be capable of that, given that it is just a notch higher than a Nokia Lumia 520, the bottom line of Nokia’s Windows Phone roster. The 4 GB of storage, however, might not exactly be enough to support both, though that problem is very slightly mitigated by a microSD card slot. However, the source is the rather dubious social networking service known as “Secret”, which makes the rumor worthy of, not just a grain, but a spoonful of salt.

This dual-booting system could very well go against measures that Microsoft and Google, or only one of the two, took to prevent the likes of ASUS and Samsung from shipping such kinds of systems. Then again, Nokia’s Android version doesn’t really have Google Play Services on it, so seeking Google’s blessing won’t really be a problem. This does, however, reek more of wishful thinking than more or less solid rumor, but Microsoft has been known to make sudden changes, so this might be something worth keeping an eye on.