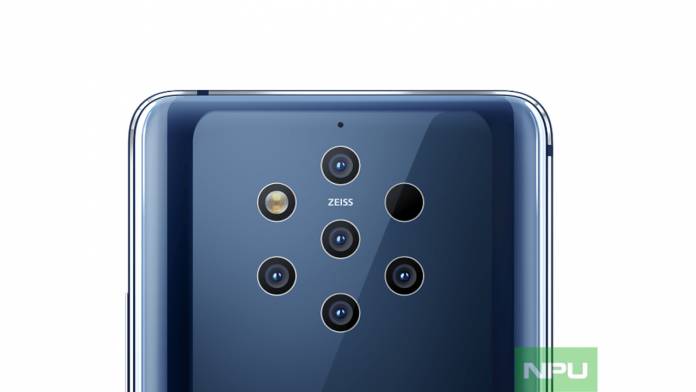 Nokia 9.3 PureView is steaming up the rumor mill like no other phone in recent days. Amid the feature-packed prowess of Nokia’s new flagship, it’s the camera that has won many eyes. Talking about the camera, a new report suggests that Nokia 9.3 PureView prototypes are already under testing and that prototype camera reveals capability to shoot 8K videos in 30fps. The phone has been previously touted to feature an exciting under-display front camera.

According to information obtained by NokiaPowerUser through its reliable sources, HMD global is testing the camera ability and that 8K video capturing capability is still in the experimental stage. If results are good, which we hope they are, then the feature will make it through to the final device.

It is believed that Nokia 9.3 PureView would pack a five-camera setup with 108-megapixel sensor from Samsung with 64-megapixel main sensor from Sony. That said, the company is also working closely with Zeiss team to fine-tune the exclusive Zeiss effect the phone will feature. Also in works are refined algorithms for Pro camera mode and inclusion of ‘OIS and bigger Pixel size’ in Night mode.

It is already known that the phone will feature 120Hz refresh rate in a PureDisplay V3 technology-enabled, highly impressive display. Nokia 9.3 PureView will have a 4,500 mAh battery, be powered by Snapdragon 865 processor, and would run Android 10 out of the box. Slated to launch in Q3, it will come in basic blue, black, green, and white colors.