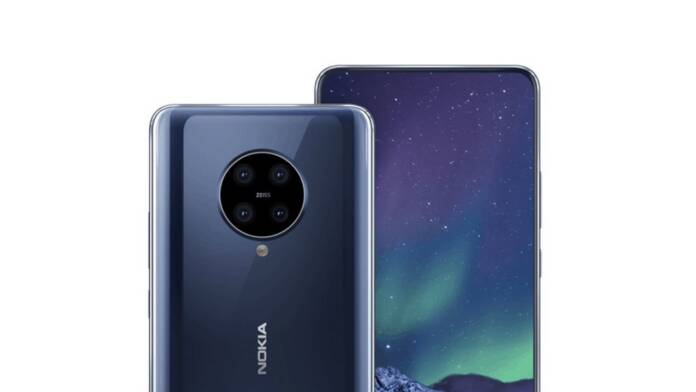 The most anticipated flagship, Nokia 9.3 PureView, has been in the rumors more than any other phone lately. We recently heard it would be unveiled alongside Nokia 7.3 at a Q3 launch event. Now we hear, when it does roll out, it could have an under-screen camera and 120Hz refresh rate. It’s already known that this successor to the Nokia 9 PureView would have a 4,500 mAh battery, will pack a Snapdragon 865 processor and run Android 10 out of the box.

According to the latest reports coming in through NokiaPowerUser, Nokia 9.3 PureView could support a camera under the display to dupe the punch-hole in trend. There were rumors that HMD is testing a pop-up selfie camera and an under-display camera for its next PureView handset. Chances are, the company has found the latter stable enough in its testing and is now introducing it for the first time in a smartphone.

If Nokia 9.3 PureView comes with an under-screen camera on the front – it would be the first commercial smartphone to do so, which makes the wait for this flagship even more fascinating. Alongside this, the report also suggests a display with 120Hz refresh rate for the Nokia 9.3 PureView. HMD is reportedly using PureDisplay V3 technology to deliver highly impressive display – ‘one of the best on any smartphone.’

The phone, as previously reported, will have a 6.29-inch QHD+ P-OLED display panel supporting 2K resolution. This is not it, the Nokia 9.3 PureView could have something special in the optics front too. Reportedly, the phone would pack five-camera setup featuring a 108-megapixel sensor from Samsung with 64-megapixel main sensor from Sony. Colors of the new Nokia phone are also in discussion; Nokia 9.3 PureView could roll out in basic blue or black and fancier green and white colors.