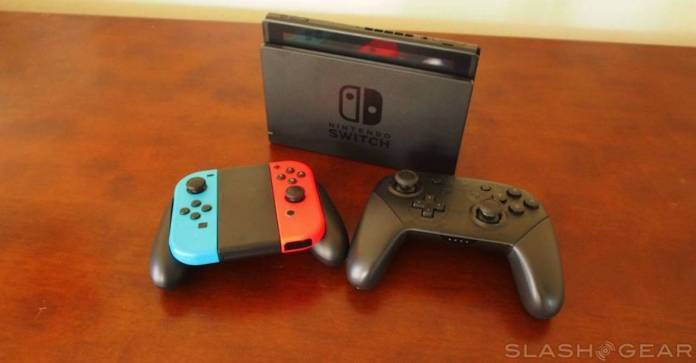 Thanks to genius hackers for working on stuff big companies won’t do even if we know they can do so. More often than not, it’s all about money and exclusivity but the XDA developers won’t stop in figuring out how to do things. Take for example the Nintendo Switch. Many people have been wondering if it could run Android. It’s possible with a few tweaks here and there. It may not be official but Nintendo Switch can be switched to an Android tablet.

Nintendo Switch running on Android is definitely possible. It can run Overwatch via Android as shared by Switchroot. The latter is a group of developers that’s been working on Android to be ported on the gaming console.

Looks like Android will run soon. This means most of your favorite Android apps and games can be played on the Switch soon. The unofficial Android ROM is now out. It’s currently based on Android 8.1 Oreo. This is also a port of LineageOS 15.1 as described.

If you’re interested, you can run the ROM if you know how to run a modded platform. The devs have provided a comprehensive set of instructions for installation. It seems to be as easy as writing to an SD card and flashing things.

This particular ROM is also based on the Nvidia Shield TV trees. It comes with TWRP pre-installed plus CPU and GPU performance profiles. It can work in handheld and docked mode while controllers are allowed to connect via Bluetooth.

There may be limits and bugs but it works if you want basic Android. Some issues that may be encountered include screen off in dock, deep sleep, auto-rotation, charging not detected, and WiFi stops working.

Head on to XDA for complete instructions. Here is a quick rundown of how to install the ROM:

1. Pick the image that corresponds to the size of your SD card. You can use an image that is smaller than your card. You’ll end up with the remaining space unused on your card.
2. Write the image to your SD card with e.g. balenaEtcher Do not extract the image, Etcher can handle the compressed image just fine! WARNING: This will overwrite any contents on your card! The progress bar/percentage might go haywire in Etcher, but you can ignore that. The flashing will still work and Etcher will let you know when it’s done. It can take up to an hour depending on your SD card’s speed. Also make sure not to format any of the partitions when Windows prompts you to after flashing.
3. Download GApps for Android 8.1. from OpenGApps, use ARM64. Put the file on the first partition of your new SD card
4. If desired download the “Shield-ifier” zip and place it also on the SD card. This will make your Switch identify as Nvidia Shield TV and install the Nvidia app.
5. Load hekate and boot to TWRP by holding VOL+ when you select the Android config.
6. Make sure to mount /system first in TWRP. Flash GApps zip, optionally flash other zips. Also after installing GApps wipe cache/dalvik as offered by TWRP. Video that shows how to access and flash zips in TWRP: https://youtu.be/3F6WgAb44yk
7. Reboot to hekate and boot into Android
8. Complete the inital setup. For the Nvidia app to work make sure to update it from Play Store!