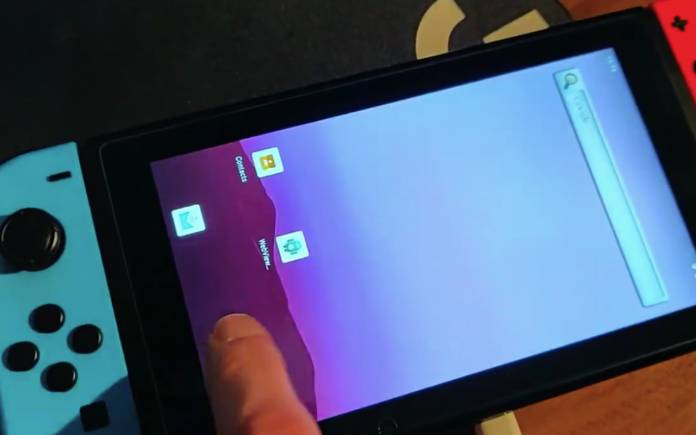 The Nintendo Switch can be transformed into an Android tablet. Well, not unofficially but via a simple hack by one genius developer. XDA dev @ByLaws has set the groundwork and a certain Max Keller (@langer_hans) continued his work. What you see in the video below is the progress of Android being made to run on the handheld gaming console. It’s not yet over but it should work properly after a few tweaks here and there. Keller noted it’s a bit laggy because graphics are CPU based.

The work required drivers to be written. It’s a huge effort so expect a number of problems and issues. They’re not exactly all original. Some are still being written while others are being tested for wider release.

This is an official update from the development team. Some drivers have been added or fixed to get the device going.

The Nintendo Switch is demoed running a vanilla AOSP setup. The Android already responds to touch, loads the settings app and uses the Joy-Con buttons.

The Nintendo Switch mod can run Bluetooth and WiFi yet. Playing audio is still a problem but it should be fixed soon. Even the USB coding needs to be tweaked.

The missing GPU drivers result in the odd color scheme if you may notice. We’re looking forward to the next Android on Nintendo Switch update.